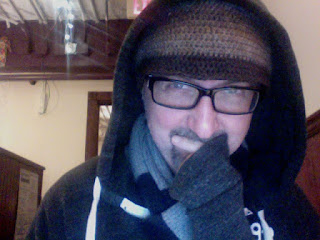 For the record, Donkey Coffee opened ten years ago, and has justifiably received every popular merchants' award, not least of which a Best Coffeeshop in Ohio nod from Ohio Magazine. It is spacious (two big floors featuring rooms large and small) clean, the coffee is very good, the baristas are mostly polite (those who speak) and bestest of all, the place is quiet.

Well, not always quiet. My wife and are holed up in town for a week, she working on a manuscript, myself pushing through the first draft of a children's play. Our in-laws generously look after the kids while we head Uptown to write, write, write (and Facebook. Sigh.) The day before Christmas we checked out the upstairs of Donkey for the first time ever and found a cozy table for two next to two, short, empty couches.

After about an hour, a half dozen TEENAGERS slouched in, each carrying a Red Cup (wtf?) spilling themselves into the couches, and proceeding to talk disaffected nonsense for three-quarters of an hour.


(on the sound system: soundtrack to The Hours by Philip Glass)
Sal: Are you saying I don’t like Pink Floyd or that I don’t like don’t like Pink Floyd?
Austin: I don’t like old music.
June: I don’t like your face.
(pause)
June: I’m just kidding. I love you.
Sal: I don’t like that Megan is here so I can’t kiss Austin.
Austin: I don’t like 'Zelda'.
Megan: Gaping asshole.
Austin (whispered): Goatse...
(long pause)
Sal: I hate your mom.
June: (giggles) That was the most serious face ever.
Sal:Is it bad that I am almost starting to dig this song?
Megan: What song?
Sal: I’ll show you.
Megan: No don’t.
Sal: You’re saying don’t like you want to.
June: That was the best thing ever.
Sal: (about the music) This makes me feel so good.
(They whisper inaudibly.)
June: That’s exactly what you were wearing on Friday. I mean the shirt and the hat.
Sal: Austin, The transformation is coming.
June: Do they come off, ever?
(Austin leans across and kisses June. To sit back, he tries to pull he over to him, but she does not want to go.)
Megan: I saw these things on TV and I want them.
Zach: You have so many shirts with such tiny buttons.
Megan: They’re like fake.
June: Every single pair of pants, none of them had front pockets!
Zach: Girls don’t need front pockets.
Jenn: I do! I think guys just want to see guys put things by their butt.
June: This is as big as my pocket gets.
Jenn: Look where I put my cellphone.
June: This phone’s too big.
Sal: I wish cats had voices.
June: I love Amy.
Austin: I love Amy, too. Don’t be jealous.
June: Shut up.

They weren't actually loud. In fact, they were making a concerted effort to whisper, and occasionally hush each other. But they were astonishingly insipid.  Eventually one broke out a guitar (where the hell did that come from?) and began to tunelessly, pointless plunk at it, all the while disdaining assholes who can't actually play the guitar.

And then they all left, together, all at once. POOF. They're gone.

Today was even quieter and more successful, except the fact that I score a nasty sinus headache, which led to a walk in the rain to the CVS to buy drugs and a snack. Surprisingly, within moments of taking ibuprofen and pseudoephedrine, the pressure and pain went away.

In the past two work days I have put down nineteen pages of the new play. This, following several months of rolling it all around in my head. Following auditions for Talespinner's 2013 season and attending a performance of Magic Flute, I solidified not only how many actors would be available to me, and who they are, but exactly how far I could push Ali & Co. in making this comic strip come alive. This holiday season has also given me some highfalutin idears about what I want to see in a Christmas pageant. 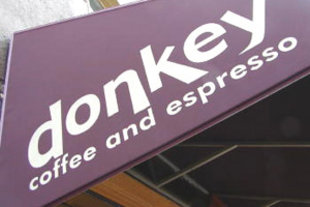