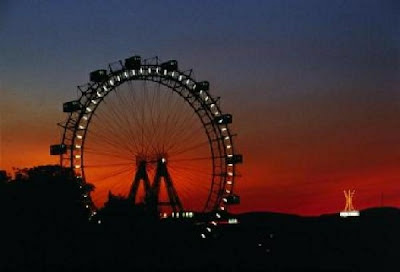 The other night the Cinematheque was showing all three of Richard Linklater’s Before films - Before Sunrise (1995), Before Sunset (2004) and Before Midnight (2013).

When it was first released in 1995, I did not see Before Sunrise and probably and would never have thought again about it, if not for the fact that my brother once asked if I had seen it and telling me how much he had enjoyed it.

Indeed, if I had seen that first part, at the time, I do not believe I would have enjoyed it. I had never been any kind of fan of Ethan Hawke. I was amused by Hamlet (2000), I entirely despised Reality Bites (1994). The guy is my age and supposed to be this important Gen X indie character but he always has always struck me as just a much softer Matt Dillon, and a bit self-serious.

When I imagine watching the movie on first release, as a twenty-seven year-old, when his character (Jesse) lays down the “jump ahead ten, twenty years, and you’re married” gambit to lure Julie Delpy (Celine) off a train to walk the streets of Vienna for one night, I would have bristled at its far-too cleverness. The movie asks, "Don’t you wish you had the stones to say things like that to pretty girls?"

Of course, I know plenty of guys who do deliver monologues like that to pretty girls to try to get what they want. Those guys should know these pretty girls always tell me about these hilariously precious attempts over coffee -- and about the sprawling, defensive emails that arrive the morning after, and we laugh. It’s fun.

Actually, yes. I am one of those guys. Or I used to be. One of those guys who would say those things. Sometimes it worked, especially on one night in July, 1994, and if it hadn't, I would not have been sitting next to my wife at the Cinematheque last Sunday night.

She and I had originally planned to see all three, but her work and my need to continue certain important house projects brought us to the sound conclusion that we should see the first on the big screen, and if we liked it, we would check out the other two at some future date.

As the credits rolled for Sunrise I turned to my wife and said, "We're going to stay for the second one, right?"

What seemed bizarre, and as I said, contrived about the “jump ahead ten, twenty years” speech in Sunrise is that we know now that there are now three films (to date) which chronicle a single relationship between two people which spans (to date) almost twenty years. Director Linklater could not have known, making this inexpensive, independent romantic slacker film, that any or all of the artists involved would be available or interested in producing a sequel. Name another earnest, romantic, low-budget movie with a sequel.

Nineteen years ago I couldn’t have imagined sitting where I was, either.

We ran into friends at the theater, between the first and second movies, who assured us the third one (Before Midnight) is actually the best of the three, which I found incomprehensible. My expectations for the second were now high, if only because I had just found the first so well-made film, and so moving. I was actually giddy with anticipation to watch Sunset. But how could this second film be ... different?

The fact that a duology (let along a trilogy) had never even been planned, that the director and actors came together to write another movie about the same characters at a different stage in their lives, made it about what is rather than what was. Sunrise, the fluid meandering of one long night, as two twenty-somethings get to know each other, and the places that evening's wandering takes them (palm readings, poetry for spare change) became in Sunset the frantic, desperate chattering of two people in their thirties trying to recapture something they had, uncertain as to whether they could.

It wasn’t until Monday that it struck me that the entirety of Sunset is in real time. From the bookstore to a café to a boat to a car to home, without a break. An inexorable, 80-minute progression to where they wanted to be but could never have gotten to nine years earlier.

One of the traps the second film avoids entirely is any drama about Hawke’s character being married with children. I was wondering when he would bring it up, his wedding ring is certainly conspicuous. But she already knows. She’s read about him, he’s a published author, that’s how she found him. It’s a fact of life, they’ve been apart nine years. What was supposed to happen?

But that walk up the staircase, and then settling into her apartment. Making tea, listening to music, slowing down, he knew he wasn't leaving. I was reminded of when my first marriage was falling apart, when I was already seeing the woman I am now married to. We had fooled around, it was frantic, my wife knew about that. She hadn’t said no.

Then we began arranging visits. Because I wanted to know what it was like to be normal with this new person. I told my (then) wife I was planning to get back to New York, to spend time there doing things with our mutual friend.

“You want to try it out,” she said. She knew. She was absolutely right.

We left after Sunset. We had to. A babysitter was watching our kids, my wife had papers to grade, I had grocery shopping to do. It felt like a such a betrayal, stopping here, leaving Celine and Jesse behind, when we knew there was more to the story, the hardest part -- the part where they are our ages. I mean, the ages we are right now.

She and I meandered around the Case campus, trying to find a place to eat. We walked and talked. I was giddy after the first film, after the second I just ached.

But I was relieved. So much frantic longing, which I am glad to say is in my past. I hadn’t waited, I took the leap back then and while it wasn’t easy. It wasn’t fair and it wasn’t nice. But it is impossible to say that it was wrong.

Ensemble Theatre presents the World Premiere of "The Way I Danced With You," opening March 21, 2019.

You can read "The Way I Danced With You (The George Michael Play)" today at New Play Exchange.
Posted by pengo at 9:51 PM No comments: