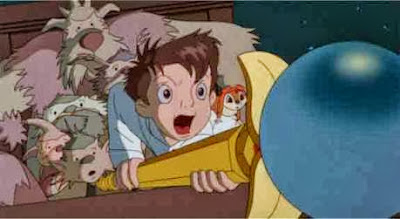 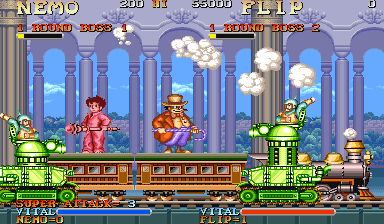 "Adventures In Slumberland, a holiday play of Little Nemo" is available in paperback and eBook.
Posted by pengo at 9:38 PM No comments: 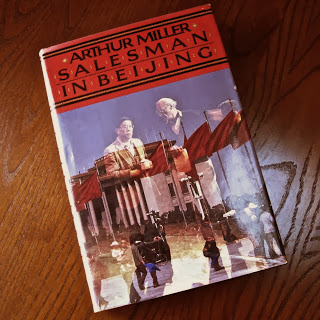 In 1983, only a few short years after the end of the Cultural Revolution, the playwright Arthur Miller was invited to direct a production of Salesman in Beijing. He produced a book of his director's diary, which I picked up recently as a gift for a colleague.

Between getting it from eBay and wrapping it for presentation, I read the first chapter and promptly found another copy online for myself.

This was an odd thing to do for one significant reason -- I am tired of reading Arthur Miller talk about the works of Arthur Miller. As an undergrad I took a semester-long seminar with Al Kaufman on Miller, where I first dug deep into the works of this most-praiseworthy of American playwrights and was disappointed not only to discover that all of his plays feel pretty much the same (Crucible as one stand out exception) but that he spent an awful lot of time writing about what his writing means.

Didn't you say it in the play? Then why do you need to keep explaining it in The New Yorker?

However, this book is really about directing, and not about writing. His obstacles appear enormous, the most obvious that he has accepted the role of directing a play through a translator -- he speaks no Mandarin, his actors do not speak English. In addition, Salesman depicts a world which he does not believe his company (actors and designers) will be able to comprehend, that of Capitalist America.

But also too and on top of that the fact that the world of Salesman never existed in the first place. People do not actually talk like people talk in Arthur Miller plays. No one.

To his continuing credit, rehearsal day after rehearsal day, Miller reaches to explain his characters' incomprehensible motivations by asking open-ended questions about basic human nature. When one of his actors questions why a character like Charley is kind to Willy, who to them appears, at first, a consummate loser and somewhat deranged, Miller asks if the actor knows anyone they do not respect, but still likes. Of course they do, everyone does. At that time in China, however, such realistic human nature was not something they would choose to perform on a stage. It was not the stories they chose to tell, and so acting it was a challenge to be overcome, and Miller's script is full of those.

In his personal reflections, Miller learns as much about how his actors contribute to his work as his work contributes to their larger understanding of a world which had been closed to them for four decades.

He does have this grandfatherly racist way of describing the eyes of certain members of his company. As a writer, one who records what he sees, using, you know, words, I might have hoped that a man who fancies himself such a deep appreciator of human character could find some other way to look into the face of his Asian actors without saying that their eyes slant. They don't actually do that, any more than anyone else's. His ignorance disappoints and knocks you back a bit. "Someone please ask grampa to stop talking."

By the end of the book (which concludes just as you would expect, after all the pitfalls and setbacks, opening night is perfect) I remain less convinced that Salesman is a transcendent work which addresses the universal longings and love of all humanity, and more convinced than ever that it is the medium -- live theater performance -- that can bring all peoples together to reveal our beautiful commonality.
Posted by pengo at 8:54 AM No comments:

Email ThisBlogThis!Share to TwitterShare to FacebookShare to Pinterest
Labels: Arthur Miller, Book Club, Death of a Salesman, Salesman In Beijing (book), The Crucible 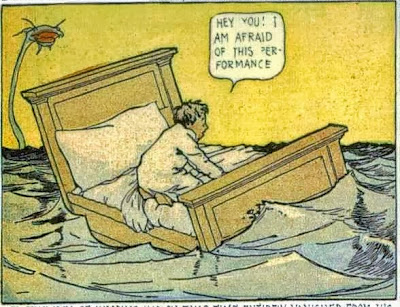 This time last year I posted about all of the exciting developments on tap for the coming year. Three works in the works -- Double Heart, These Are The Times and Adventures In Slumberland were happening. Even then I was in dread -- good fortune and good works only last so long, for then, what next?

Let me begin by stating what now. Slumberland began rehearsals last week. We met the company. We read the script. I am ecstatic! I have to respect the process, and will probably not have much to say in the coming weeks about how it is progressing.

Suffice to say, I had an agenda when I wrote this piece. I know what I wanted it to be. Not just what I did not want it to be, but I wanted it to be a different kind of children’s production, and one which reflects the spirit and style of the comic strip upon which it is based.

Having written said script, I have handed it off to Talespinner Children's Theatre Artistic Director Alison Garrigan, with complete confidence and trust that magic will happen. I do not believe I have ever had as little input into the world premiere of anything I have ever written, and never been so happy to have it so.

The acting company consists of people I have (with one exception) worked with before, most quite recently -- Double Heart, These Are The Times and before that Henry VIII. The designers have made their presentations, or at least announced their intentions, and it is all gonna be one big candy-colored, dreamlike, comic strip, holiday festival!

Meanwhile, the first draft has finally come together for the 2014 Great Lakes Theater outreach touring production, Seven Ages. Nine years ago, when GLT last produced Shakespeare’s As You Like It, seven area playwrights were invited to write a ten-minute play inspired by one of the “seven ages of man” as described by the melancholy Jacques (AYLI II.vii) That play was also titled Seven Ages.

This year seven different area playwrights -- Nina Domingue, Christine Howey, Mike Geither, Anne McEvoy, Michael Oatman, Toni K. Thayer and myself -- were given the prompt to create a brief tale inspired by each of these “seven ages” to be told by one of four characters from AYLI; Jacques, the fool Touchstone, the lady Rosalind (disguised as a man) or her cousin Celia.

The end result is a swift, playful night of storytelling. Each playwright has been wonderfully engaged in not only writing these origial tales, but also helping knit them together into a seamless narrative. After the hectic summer I have just had, I can’t tell you how happy I am to have this draft in my hands, and ready to share with our incredible artists and designers.

Finally, and most unusual, I was contacted by a British touring company, Freerange Theatre. They were searching for productions for their 2013-14 season. Their mission states that they produce classic and also new writing, but what caught my attention was their claim that their company is “fuelled by the belief that theatre can, and should, make a difference.”

This past year they found success producing Lee Hall’s Spoonface Steinberg, a solo performance dealing with issues related to autism and cancer in children. Searching for a new kind of solo work, one which speaks to different troubling medical issues. And thanks to the modern miracle of Google, they reached around the globe and found I Hate This. 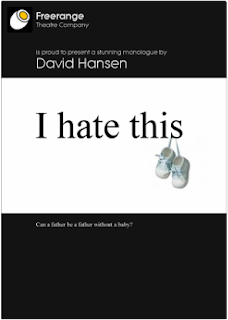 Had I ever considered letting another actor perform my most personal solo work? If you had asked me ten years ago (and some did) the answer would have been no. I couldn’t imagine it, that would have seemed … odd. Maybe even wrong. Because it is my story to tell.

But I have told it. Two years ago CPT gave me the opportunity to tell it once more, and I said at that time that I was done with it. I had been working with it for seven years, I had no plans to make it a business, taking it to hospitals and community centers and theaters for years and years. I am in my mid-40s. It is the story of a younger man. And if a different, younger man wants to tell it, then why shouldn’t he?

And much as with Slumberland, I have confidence that this company will produce it in a manner which will make me happy. How could they not? Here is the audition notice:


DAVID - mid 20's - Late 30's. Angry yet funny, vulnerable yet strong, and a great observer. A man living in the aftermath of the stillbirth of his first child.

This requires an actor of great sensitivity, capable of holding a stage on his own. Only 'honest' and natural actors need apply. you must be able to tell a story 'without acting'. That said, your story will be interspersed by portrayals of  a range different characters so good physicality is essential.

My work is in good hands. They represent the age and gender, and that is all the story requires. Does it matter what race the man is? Not at all. Does it matter whether he employs an American accent? Now that I think of it, no it does not. The only suggestion I made upon agreeing to enter into this arrangement is that the show is supposed to be only an hour long.

Whatever happens, whoever they cast, wherever they go, I would dearly like to make the journey to see it.

What next?
Posted by pengo at 2:38 PM No comments: