Now you can’t afford to take all the drugs your parents used to take
Because of their mistakes you’d better be wide awake.
- Elvis Costello, “The Other Side of Summer” 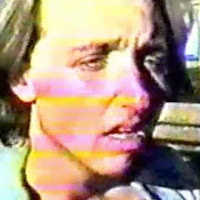 I’m a member of the Nowhere Generation. I’m a representative of the youth of today, and I’m mad. The world’s in a mess (again, as it always has been, as it always will be) and as a youngster I naturally find it necessary to blame those who came before for all the world’s problems. In fact, no generation in the history of the world has had their rebelliousness so thoroughly documented as the generation that came just before mine.

In the next few months I will be writing about the world, and my place in it, but first I’d like to get a few things straight about the New Generation Gap and what it means to me.

If a generation can be defined in sociological terms in a twenty-two year span, anyone who was born between 1961 and 1983 qualifies. 1961 was a very special year. The introduction of the Pill effectively brought down an enormously self-indulgent birth rate and brought to a screeching halt the production of that generation know affectionately as the “Baby Boomers” and less affectionately as “Those Hypocritices Who Might Have Saved The Planet If They Weren’t Side-Tracked By Their Own Desire For Wealth And Power.”

Harsh words. But this is coming from a member of the Nowhere Generation, a moniker divined, oddly enough, from Esquire yet highly preferable to other titles, most prevalent being the Twentysomethings.

The fact is the top end of My Generation is turning thirty this year, including my brother. He’s no yuppie. He was too young to have been a hippy if he wanted to be, which he didn’t, and his aspirations for power only concern furthering his modest career as a radio producer in Minneapolis. He always used to remind me of Doonesbury’s Mark Slackmeyer, and that’s cool, seeing as Gary Trudeau remains on of the few Boomers who recognized very early on the selling out his peers would be doing. His animated Doonesbury special in 1977 showed his characters, still in college, pondering whether or not any of their heroic civil disobedience during the turbulent late sixties and early seventies would amount to anything, and his 1983 Doonesbury musical chronicled these same characters’ graduation and individual desires to abandon idealism and strive only for personal achievement.

And what’s wrong with personal achievement? you might ask. Nothing. I’m all for it, and if I were any better at it I wouldn’t have time to sit here and bitch. But, as a friend of mine expressed recently, the Boomers came up with several good ways of changing society as we know it, but didn’t have the patience to stick with any of them. So we, the younger generation, who should be impressing our elders with our vibrancy and promise, only depress them and remind them of how short they fell.

As a result, the great media/entertainment machine, which has followed the whims of this most-largest-generation-in-history ever since their conception, churns out television shows stroking the Boomers’ egos on matters such as their success (Thirtysomething), their past (The Wonder Years), and they even tried to glamorize their future with the (thank god) cancelled-almost-immediately My Life and Times, a drama about an octogenarian in 2035, reminiscing over his life. As Tom Carson of the LA Weekly said about this latest effort, “given their track record so far, it may be vanity to assume the baby boomers will have valuable lessons to pass on to later generations.”

But what’s my point, right? Well, for a moment there is no point. But that’s what’s wrong with my generation, or haven’t you been reading Time? We find no point in anything. The great majority of us will settle for modest comfort, and we don’t even expect that.

Everyday I hustle my youthful, 22 year old butt up the Santa Monica Mountains and look out over the staggering metropolis of Los Angeles, and if you know much about L.A., you know I can’t see very far. Rather than taking it all in and feeling a burst of self-aggrandizing energy and proclaiming, I can change the world! I will change the world, me and all my friends! -- instead I curse those who came before me, promise not to drive as much, and hope I outlive the planet.

POST NOTE: Almost twenty-five years ago, a small tribe of Cleveland expatriates lived on a cul-de-sac in Venice, CA. One of my pastimes was editing a newsletter, with plans to mail copies to our friends and family. Before the first issue was completed, I had decided to come back home. Happy New Year 2016.
Posted by pengo at 12:15 PM No comments: 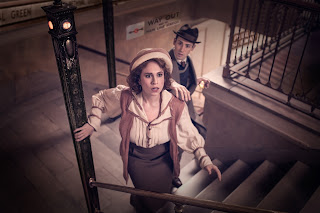 My hopes for the new year are for everyone else. My son will transition to middle school, my daughter to the rarefied arena of eighth grade. My wife is writing a new play for production. I would prefer the Presidential election not become much worse, but there is little hope for that. Civil unrest continues to rise, agents of death conspire to foment hate and oppression here and abroad.

In our small corner of the world we continue to make things bright, to love our neighbors, all of them, and to do that thing we do - create art. It is not on a grand scale. It’s the small stuff that makes every day worth living.

This time last year I was aware of two productions. As of today, I am aware of two productions. This winter the outreach tour will be my adaptation of Agatha Christie’s The Secret Adversary, and this summer my adaptation of Twelfth Night (as told by Malvolio) will be presented in association with the arrival of Shakespeare’s First Folio in Cleveland.

However, at this time last year I was unaware that there would be a new production of I Hate This which would make me consider at the piece in a fresh light. Surprises are welcome, too. The moment has passed in which I feel the urge to press things too hard, to force an action. It has hardly been effective for me, anyhow.

Current events are horrifying, and dispiriting. Yet I am not in that place to comment upon them. My musings are much more philosophical (or cast in a negative light, merely wistful) but these questions must also be asked. We are all complicit. We are all connected. For now, I will keep my focus tight.

MORNING UPDATE: Two nights ago I had a dream that my new play was selected to receive a staged reading at a festival curated by Lin-Manuel Miranda but when the reading of my play began they were actually performing "Hamilton."

Last night I dreamed that another new play I had written - a different play, a play that does not yet exist - was receiving a staged reading at a local playhouse. And nothing went wrong! It was a successful reading in a successful dream.

Two dreams about new works, and they are both about readings, not productions. What does this mean? How will this fadge?
Posted by pengo at 9:34 PM No comments:

Email ThisBlogThis!Share to TwitterShare to FacebookShare to Pinterest
Labels: The Secret Adversary, Twelfth Night (as Told By Malvolio), writing 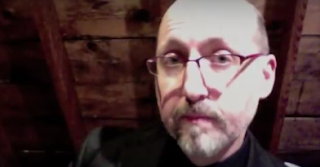 Our home was built in 1937. Fifty-six years later I moved in. Twenty-two years later I am still there. It would not surprise me to learn that I have lived there longer than any other individual.

When I turn 81 years old I will have lived there for 56 years myself. All things going the way they do, this is a thing that will happen.

Our home has a walk-up attic. It could theoretically be turned into another room. At present it is used as intended, as a storage space. In the past is has been well-organized. Since we started having children, it has become a repository for things for which no one has a use, but do not have the emotional fortitude to dispose of.

Clothes, stuffed animals, magazines for preschoolers, and stacks and stacks of “work” from Montessori school.

This season, as it has been continually cool, I have been doing the good work, sorting and reclassifying materials. The wife has neatly organized boxes of material from her studies which more or less remain where they are, or have been stacked higher in accessible but out of the way spaces.

The children are old enough to participate in decisions about their materials, which can be classified as recyclable, to-be-sold, or stored for future consideration.

And then there are my boxes, which perhaps take up the greatest share of space, and for which “Stored for Future Consideration” is an age old classification covering cassettes from childhood, magazine graphics from adolescence, notebooks from college, and the marketing materials from three or more theater companies.

Walking into my attic is like walking into my brain. And that can be a very unhappy place to visit. I cannot look at a thing without remembering a moment, and without warning suddenly find myself, as the man said, unstuck in time. Listen:

Twenty-fifteen has been significant in ways intensely personal and I have finally, at long last, come to that point in my life where it has become necessary to divest.

These items have no value, to anyone. There will be no future biographer for whom these items will create any interest. Descendants - my children - will not know what to make of them. Newspapers, magazines, tokens, damaged posters, novelty postcards, VHS tapes of television specials, cassette recordings of compact discs, trinkets whose origin simply isn’t interesting, even to me.

I file photos. Photos and programs (programs to performances I have attended - those dozens of programs from show I produced are now reduced to a few apiece for archival purposes) and articles relevant to me, these are boxed and labeled and stored. But already I have disposed of boxes and bags of useless junk.

It feels good. It feels so very good. I don’t want to see them anymore. I don’t want them cluttering up that space above my head. My attic. My brain. And then there is space. And I miss space.
Posted by pengo at 8:57 AM No comments: