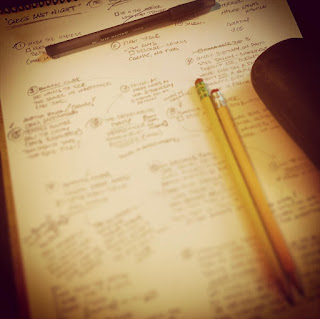 Because it is an assignment. I have to do this, not for me, but for a class! Which is a much better reason for me to get it done.
Posted by pengo at 1:10 PM No comments:

Now I'm so glad the summers past
And school is in at last
- Josie Cotton, “School Is In” 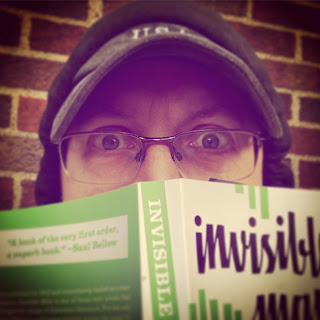 Our school district has committed to nine weeks, at least, of remote learning this fall. My children, a sophomore and a senior, are at their desks during the day for synchronous learning -- the girl at her desk less than the boy, as she is attending some in-person classes at the university downtown.

And I am also at school, taking three graduate school courses. So, in addition to my work Great Lakes (more on that in a moment) I am spending almost every waking moment either reading or writing. Mostly reading, though. And I feel more myself than I have in years. Or more like a person I remember wanting to be.

I was a mediocre student in high school, and a downright shameful one in college. I always enjoyed reading, but I resented assigned reading. I like to write, but writing assignments were a chore and a bore.

There was a little voice in my head, a child’s voice, saying, “No! I won’t do that! You can’t make me!” It was there far longer than it should have been. Now I spend my mornings, evenings and weekends, reading. Novels, short stories, and play scripts. And I am digging it.

My morning pages ritual remains, but the goal is the free-writing itself, not to produce a short play script. For the better part of a year I have been posting short plays at New Play Exchange, and I may actually take many (though not all) of them down. It was always an experiment in practice and motivation.

Attending weekly playwriting workshops, in addition to my theory and literature classes, I have not the time nor interest in extracurricular pursuits. The process is now focused on the craft of writing longer scripts. 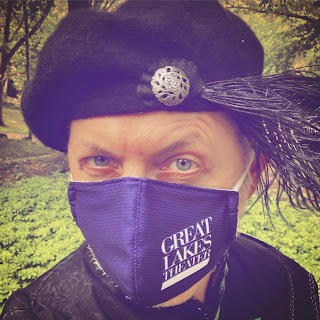 I also have less time for ruminative blogging.

We have something very special in the works at my place of employment, though I suppose that is true pretty much everywhere. We are all and have been figuring out new and original ways to provide our services.

Since 2001, I have spent four September weeks in rehearsal for the school residency program. This year I am not. Instead, we have reimagined how to provide these lesson plans to area schools, and my colleagues and I have been dressing up as famous characters from Shakespeare, recording scenes in the park.

Tonight is a cool Saturday in September. My son and I sat out by the firepit, and together we read.
Posted by pengo at 9:03 PM No comments:

Last night was a treat. Chennelle and Chelsea joined us for some late summer, socially-distanced deck time so we could watch the premiere of the Culver City Public Theatre (CCPT) production of Sherlock Holmes Meets the Bully of Baker Street.

This is the second production of that script. The folks at CCPT, who produced Rosalynde & the Falcon last year, were intending to offer performances of About a Ghoul to their audiences as their annual, free, outdoor summer show for families. Things being how they are, they thought a mystery might be better suited to the medium.

At first they considered a live “Zoom” performance, opting instead for something pre-recorded, with surprising results!

California is three hours behind us, so I made the mistake of thinking last night’s 6:00 PM showing would be during one of my classes. When I finally put it together that it would be, in fact, at nine (eastern) … well, then I thought I might see it. I might not. I haven’t been sleeping well. I might wait and see it this weekend.

I told all of this to Chennelle late in the afternoon and she invited herself over -- which was just all right with me! We rarely see each other (we all rarely see anyone anymore, of course) and besides, she originated the main character of Vicky for the inaugural production for Great Lakes Theater.

I don’t just mean she was the first to perform the role, either. I wrote it for her. I was so happy to get to watch this with her.

We all sat out on the deck, beneath the fairy lights, six feet apart, drinking seltzer in the open air, on an appropriately cool September evening, and were treated to an engagingly loopy COVID-era production.

Richard Rosales is the titular detective. He played the King in CCPT’s Rosalynde in the park, and brought his high haughty humor to the character of Sherlock Holmes as well, while Ashley J. Woods as Vicky is like a Covent Garden flower seller channeled by Catherine Tate’s schoolgirl Lauren Cooper, and they make a charming pair of sleuths.

Scene-stealers include Brian Knoebel who was killing it with his drag renditions of Miss Barnaby and boho artiste Alma Tadema-Lawrence (he left us cackling with glee) and the precious young Maggie McKissick as Annie, the orphan, in an actual curly red wig and moppet’s dress.

Director Marina Curtis Tidwell did not merely direct a play, she produced a TV show, complete with music and Pythonesque animations. Marina truly did a remarkable job keeping the edits tight and timely.

Each actor created their own scenes in their own homes, provided costumes, backdrops and set pieces by the company to give a coherent look. The production would not look out of place on your local PBS station, a playful mystery for kids with some historic educational value and a strong anti-bullying message.
They were even able to incorporate the “choices” that are intended to be offered to a live, child audience -- “should I do A or B?” In this case, the actor looks at the camera to consult the viewer (a Blue’s Clues moment) though in this case the outcome is predetermined.

It is shocking to me, shocking, that it was one a year ago that a number of us clustered together on our deck to hold the first reading of this script. Chelsea and Chennelle were there, too -- Chelsea reading Vicky and Chennelle the Barney track. If we knew then what we know now, right? It is a mystery.

Last night I slept like a baby.
UPDATE: "Sherlock Holmes Meets the Bully of Baker Street" is now available from Pioneer Drama Service
Posted by pengo at 12:00 AM No comments:

Three-Hundred and Sixty-Five Days of Practice

For one calendar year I have written my morning pages every single day, not missing a day. This morning, to celebrate, I share my exercise with you. 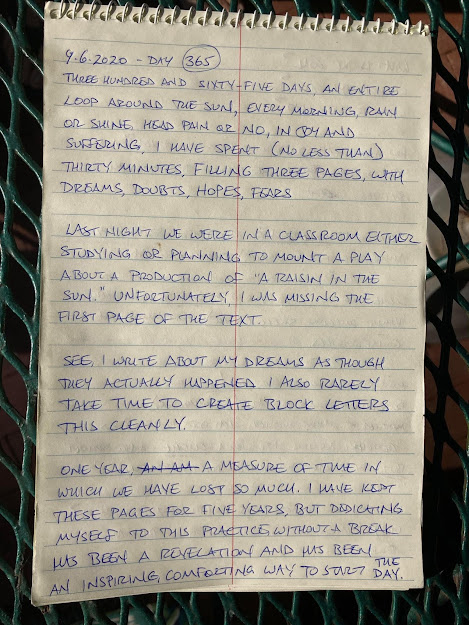 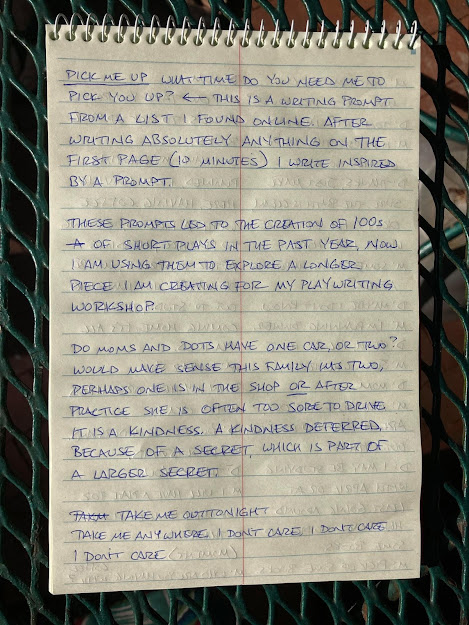 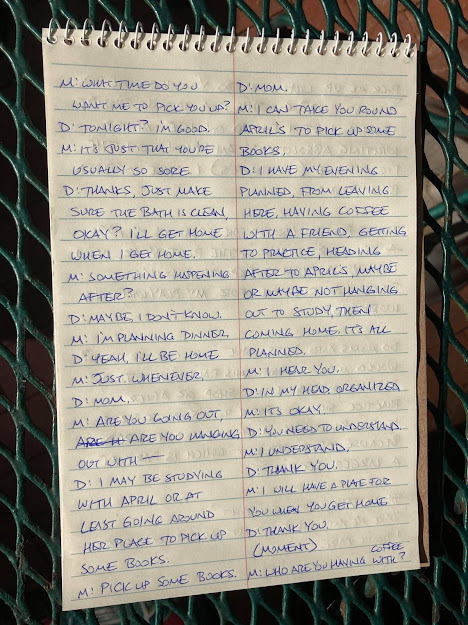 The Plot Against America (HBO) 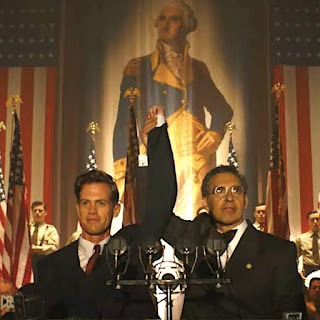 Ten years ago I wrote this brief reader response to The Plot Against America, today I finished viewing the miniseries adaptation for HBO. Like their recent reinterpretation of Watchmen, HBO has produced another high-concept "alternate history" drama which sings with contemporary importance.
Roth wrote his novel during the Bush era, and was frank about his having been inspired by the run-up to the Iraq War. Little did he know how events would play our during the final years of his own life. Having read the book myself during the Obama years, you can see how affected I was by the lies propogated by the "birther" movement, who sought to delegitimize the President.
And here we are. They did not need to work very hard to create images for this television adaptation which put one in mind of the Unite the Right rally in Charlottesville three years ago, and city streets in Minneapolis, Portland, and Kenosha.
What I did not mention in my decade-old blog post was how disappointed I was with the conclusion of Roth's book. Lindburgh flies to Berlin, a special election is called, FDR wins, and history as we know it continues. It is all too pat, too sunny.
This adaptation has a superior ending, and one which leaves me chilled. We hear Sinatra's rendition of The House I Live In, a lovely call for American tolerance and acceptance, and see people of all walks of life coming together to vote for a President.
We also see men in black removing voting machines from precincts, claiming they are broken, and white men burning ballots in abandoned fields. The Plot Against America program debuted on March 16 of this year, as the country was shutting down for the pandemic, and before the President began his most recent agenda, casting doubt on our elections and dismantling the post office.
It is far too late to suggest that it can't happen here.
Posted by pengo at 12:00 AM No comments: