The Cleveland Main Public Library on Superior at 3rd Street opened in 1925. The great first floor reading room, Brett Hall, is named for William Brett, librarian for the CPL from 1884 until 1918. It is a grand room, a real old-school research hall with desk lamps, long wooden tables and stylish, curved chairs.

In 1934 the Public Works of Art project (WPA) unveiled a mural over the North Door by the sixty-six year-old William, Sommer, The City in 1933, depicting the Public Square of 100 years earlier. Of the buildings presented (The Court House, the Hotel) the one that remains today is the Old Stone Church. The lake is visible in the background, and indications of Cleveland as a (former) agrarian society, and (at that time) an industrial one.

Other murals were due to join it presently, but no new works were successfully commissioned until the 1970s.
Posted by pengo at 10:37 PM No comments:

In 1936 Kaufman was working with Moss Hart on a new play which would open in December - the Pulitzer Prize winning comedy You Can't Take It With You. At the same time he was dealing with troubling personal matters - made public - as it was revealed in the papers in August that his affairs with Mary Astor had been revealed in her divorced case. Graphic descriptions of his sexual abilities (which I won't go into here - pick up a copy of Hollywood Babylon, why not, I often do at my in-laws because it's right near the toilet) were allegedly set down in her diary those this diary was never admitted as evidence and reported destroyed.

He was even subpoenaed, and there was a warrant for his arrest for not making an appearance at trial. He claimed he was in a "nervous state" and wished to be left alone. He was also quoted as being distressed to be referred to as a "middle-aged" playwright. That was a joke.

These descriptions stand in contrast to the public depiction of Kaufman, a large, awkward, misanthropic, "East Coast" type, with an apparent distaste for the human touch. Moss Hart's Act One: An Autobiography creates an engrossing picture of this larger-than-life personality.

In 1981 John Lithgow performed a one-man show called Kaufman at Large, detailing the date August 21, when the playwright was dealing with the emotional fallout from the Astor affair, and hanging on the phone with Hart, penciling one the most produced and celebrated comedies in American history.

The critics were not kind to Lithgow's efforts, but then in twenty-nine year retrospect, neither is he. I had the privilege and the quirky thrill this weekend of driving John Lithgow around a little bit while he was in town performing his new one-man piece, Stories By Heart on behalf of Great Lakes Theater Festival. I had the opportunity to catch the half that includes Uncle Fred Flits By by P.G. Wodehouse. The surrounding narrative involves how deeply ingrained the telling of stories runs in his family, and how by recounting the same stories his father read to him as a child, he was able to bring a "spark" back to his father during his final eighteen months of life.

If you are already familiar with his work, you have already been impressed with the patrician quirkiness of his performances. He's very tall, 6'4" and uses his limbs to great advantage, bringing to mind some of the great modern British interpreters of uptight ridiculousness - think John Cleese's Basil Fawlty, or Hugh Laurie's own take on Wodehouse.

My conversation with Lithgow last night was like one five-minute exchange broken up over the course of several hours. Escorting him from the show to a dinner around the corner I was taking in a conversation between him and Charles Fee, artistic director GLTF, about his other work in solo performance, and that was when I first learned of the Kaufman piece. Later in the evening I went to his table to ask if he needed anything and he said, "You're an actor!" as though someone had told him that I was - because I know I hadn't. On the drive from the Armory to his hotel, I asked about the Kaufman piece and he lamented its failure, and that in spite of bringing in Mike Nichols to work on it. He admitted he had been miscast - how could a man as goyish as himself portray one of the most famously acidic, New Yawk satirists?

I told him about my two solo productions and he repeated his earlier observation about how challenging that is, and how lonely it can be. But I reflected back to him how important the show he is currently doing is, how personal, and how that personal connection is so apparent, it's so honest.
Posted by pengo at 9:44 AM No comments:

My wife hates this game. For me, it was a family pastime. My brothers even once raised money for WCLV's annual Cleveland Orchestra marathon by playing the game in a tree in our yard for thirty-six hours.

We were fascistic about the game, and did not allow "house rules." As I have explained to my wife repeatedly, the reason she believes the game is tedious is because of house rules, which do nothing to make the game more enjoyable, but only prolong the play until all the joy has been sucked out of your evening.

Of course, there are few tactics to the game, and as the tactics employed in my family are ingrained by everyone (1. buy everything until you run out of cash 2. mortgage what you need to to keep purchasing property until all the property is gone 3. once all the property is bought, sit on your hands until you win, go to jail and stay there if you can) it really is a crapshoot.

And kind of boring.

Based on "The Landlord's Game" - an educational tool to teach young minds of the evils of capitalism - what we recognize as Monopoly was created by Charles Darrow in 1933 and sold the Parker Brothers in 1935. In 1936 alone it sold over 1.8 million copies. Darrow had applied for a patent to Parker Brothers once before in 1934 but they passed, calling the game "too complicated, too technical, [and] too long to play."

There was a "standard" version which kept all pieces and cards in a small black box with the board separate, and a "deluxe" edition with a box large enough to hold the board. The cheapest edition was $2.00.

This year was also the introduction of the "Rich Uncle Pennybags" character.

Sources:
Monopoly History
Wikipedia
Posted by pengo at 11:56 AM No comments:

Severance Hall, built with a $1.5M donation from John L Severance in 1929, was completed in 1931 and has served as the home of the Cleveland Orchestra ever since.

In 1936 the orchestra was led by Polish conductor Artur Rodziński, pictured. He raised the prominence of the already noteworthy orchestra even higher, and granted American debuts to several innovative and modern works such as Shostakovich's opera Lady Macbeth of Mtsensk among 14 other staged operas, and increased the number of orchestra radio broadcasts.

1936 also marked the performance of the Cleveland Women's Orchestra, the oldest orchestra of its kind in the world.

The President of the Cleveland Orchestra in 1936 was Dudley S. Blossom, whose name was given to the Blossom Music Center, which opened in 1966.
Posted by pengo at 9:34 PM No comments:

According to the online Encyclopedia of Cleveland History, "It opened in 1917 as the Miles Theater under the direction of president and general manager Chas. H. Miles. The 2,000-seat theater cost nearly $500,000. Billed as "America's most beautiful vaudeville palace," it was decorated in the Louis XIV style in a color scheme of old rose, ivory, cream, and gold, with DuBarry damask on the walls and mahogany seats upholstered in rich green velour, which matched the carpeting. The stuccoed walls contained two French murals on the spaces over the proscenium boxes. The auditorium contained twelve proscenium boxes, twenty-six mezzanine boxes, and two aero boxes. The backs of the seats were equipped with slot machines that would dispense candy for $.05. In 1920, the Miles Theater became a burlesque house and changed its name to the Columbia Theater.

Movies were introduced in 1931, when it became the Great Lakes Theater. For a while in 1935 it was called the Miles Theater again and featured vaudeville and first-run movies, then it was a movie theater called the Carter Theater. In 1936, it became the Federal Theater, part of the FTP.

Operating as the Miles Theater again, it was called a "flophouse with a soundtrack" according to a 1937 article in the Plain Dealer. Sometime in 1937 it became the Carter Theater again, owned by the Community Theater Circuit.

The Socialist Party of America also held their convention in Cleveland in 1936. In a rift that led to many right wing party members to form the Socialist Democratic Federation, left-leaning forces took control and roundly condemned organized labor's endorsement of FDR.

Roosevelt proposes to patch up capitalism without attempting to reach the roots of our economic ills. He has no wish to abolish it and until it is abolished we cannot hope for any fundamental improvement in conditions. - Mayor Hoan

Source: The New York Times
Posted by pengo at 12:34 PM No comments: 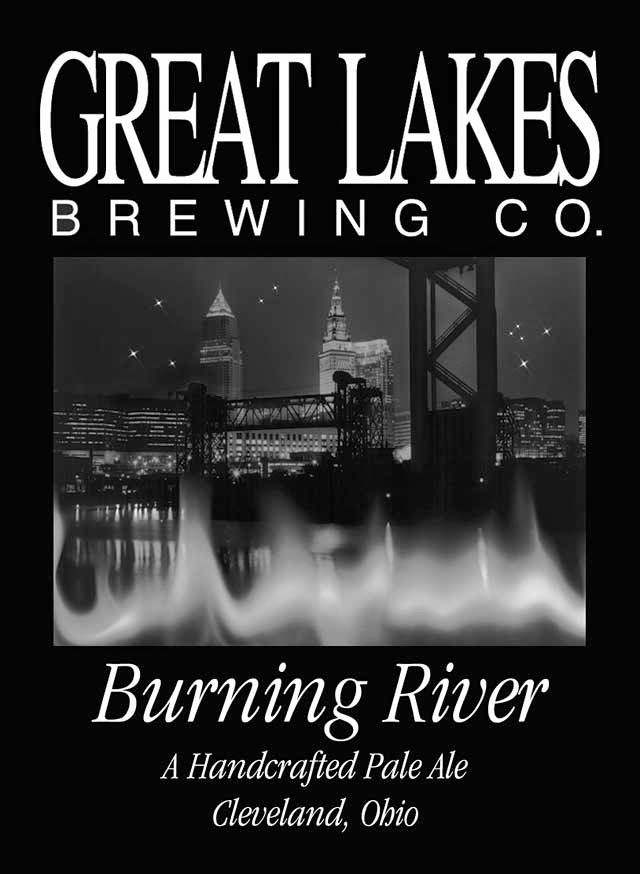 How about a joke?


A guy walks into a pub, where he sees a lonely old man sitting by himself, nursing a pint. The old man looked so miserable and depressed, the guy walks up to him and asks, "Why so glum, chum?"

The old man says, "Lad, look out there to the field. Do ya see that fence? Look how well it's built. I built that fence stone by stone with me own two hands. I piled it for months."

"But do they call me McGreggor-the-Fence-Builder? Nooo..."

Then the old man gestured at the bar. "Look here at the bar. Do ya see how smooth and just it is? I planed that surface down by me own achin' back. I carved that wood with me own hard labour, for eight days."

"But do they call me McGreggor-the-Bar-builder? Nooo..."

Then the old man points out the window. "Eh, Laddy, look out to sea ... Do ya see that pier that stretches out as far as the eye can see? I built that pier with the sweat off me back. I nailed it board by board."

"But do they call me McGreggor-the-Pier-Builder? Nooo..."

When I was one year old, in 1969, was the last time the Cuyahoga River caught fire.

When people make jokes about the river, like a lot of Clevelanders I bristle, and want to protest, to point out how much more clean the river is these days, especially compared to other places around the nation you could mention.

The truth of the matter is, it was a filthy river, and continued to be so for a very long time. And as history has it, fires plagued the Cuyahoga since in 1868. A spark from a blow torch ignited floating debris and oils in 1936, and the conflagration lasted for five days.

John Hanzel, 36, a welder was working with an acetylene torch on the freighter Spokane, cutting it for scrap. He fell into the river and sustained first-degree burns before being fished out. There was concern that the flames might reach the far side of the river, igniting tanks of the Gulf Refining Co., where 10 million (!) gallons of gasoline were stored. Standard Oil and Shell reserves downriver held another 5 million gallons. Firemen contained the blaze to the east bank, though over $6,000 in damage was done to piles and timber owned by the Erie Railroad.