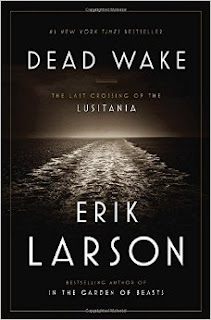 More on The Secret Adversary to come.
Posted by pengo at 11:02 AM No comments:


This is the final weekend for the Cleveland Shakespeare Festival production of The Life of Timon of Athens, which I directed. No critics chose to attend, no reviews have been published. So, for the sake of documentation, what follows is collection of unsolicited comments from satisfied audience members:


It was as though Shakespeare, himself, were present inspiring the actors to enthrall us with his genius. Luke Brett played Timon with overpowering wit and emotion. The cast and bonus songs by Gary Lee completed what was a wonderfully satisfying performance. What a great start to the summer's cultural season!
- Shiela F. (letter to the editor, Plain Dealer)

Congratulations to the cast of The Cleveland Shakespeare Festival's Timon of Athens for a job well done. Under David Hansen's direction the production came across as a delightful morality play leavened with humor reminiscent of the Commedia dell' Arte.
- Donald W. (via Facebook)

Saw Timon in Lakewood Park with my family. Outstanding show! Funny for sure but packs a wallop by the end. Highly recommended.
- Fil F. (via Facebook)

Went to the Sunday evening performance of "Timon of Athens" at Halloran Park and had a marvelous time. The actors soldiered through some probably expected distractions, like the fire station right next door ... But the show was too good to be upstaged! Loved it! Well done, one and all!
- Robert W. (via Facebook)

And this is my favorite, not a review but a story following the Shaker Hts. performance:


A fun story from tonight's show - we met a lovely couple who, since seeing a Shakespeare play on their honeymoon, have endeavored to see the entire canon together. This was #34 for them, and because "Timon" is such a hard play to find produced, they drove all the way from Cincinnati to see us! They were delighted with the production.
- Cleveland Shakespeare Festival (via Facebook)


Timon of Athens was just the jolt of gleeful misanthropy I needed to get through the weekend." - Arthur C. (via Facebook)


Recently I had the privilege of meeting Jay Indik, one of the original architects of the school residency program in the 1980s. As GLT Education Director, he collaborated with other educators and theater artists not only to craft that program but also the outreach tour and Christmas Carol writing program. Basically, he put into motion the educational outreach programming which has been the major focus of my life.

He had the opportunity to visit the program in action at Hudson Middle School and was very happy to see how the lesson plan still functions successfully, and in his estimation, has improved. During our brief meeting we compared notes about the structure of the program, and also the rehearsal process. The Romeo & Juliet lesson plan, for example, remains largely unchanged in the past twenty-five years, though Lisa remarked how students in the past ten years have had shifting attitudes about the text.

No matter how sweetly our performers play the Balcony Scene, everyone – boys and girls – think Romeo is a total stalker. Not that that is a bad thing to think.

The residency Jay thought was always such a challenge to connect with students was Julius Caesar. He said it was sometimes very difficult for the students to appreciate or get the politics involved. Now, I am not sure what form that lesson took a quarter-century ago, but I do know that parts of it have changed significantly in the past ten years.

I mentioned the fact that recently we have entered into an arrangement with Hawken Lower School to teach Caesar to their fourth graders, which surprised him. However, as far back as my years as an actor-teacher myself I had the opportunity to conduct this residency for a middle school and was surprised to learn Julius Caesar isn’t about politics at all.

It’s about friendship. Think about it.

One of my favorite exercises is the Belief Circle. It’s on the second day, we have barely gotten to know the students, but we establish a safe space and everyone is asked to express something they believe in. It is never a debate, as to the validity of their beliefs, but rather and exploration of where they originate, how deeply they are held, and by design the conversation moves to how far one would go to defend their belief.

This is a delicate balance, as the comparison is drawn to Brutus, his core belief (in Rome) and his faithfulness to his friend Caesar, and we all know how that turns out. But virtually every student we meet has never had to stand up for what they believe is right. Sometimes what they believe stands in stark contrast to what I believe but we do not debate our beliefs, the discussion is the same. What would you do if your beliefs were challenged, by family, by friends, by the authorities.

In the version of the lesson plan which I received in the summer of 2001, one of the end-of-day discussions involve how a community (as in a school) reacts in time of crisis. The example set out in my notes had dust on it – it asked if I remembered the Challenger Disaster, which of course I did because I was the one in high school at that time. I wasn’t sure how that was going to resonate with students who had been infants.

You can see where this is going. By the time I even entered a classroom in my new job, we all had a fresh point of reference, and one with terrifying relevance. The Challenger was an accident. 9/11 was not.

Other issues have changed astonishingly in the decade plus I have been engaged in this work. Ten years ago, it was the better part of discretion for actor-teachers not to express controversial opinions as part of the Belief Circle.

As recently as last year, when substituting for an actor at an area high school, the entire discussion was about marriage equality, because the students themselves chose to discuss it. I was in the position of playing devil’s advocate, playing my part in the discussion to suggest obstacles to achieving or expressing the expressed belief.

Memorial Day weekend, as the Brelo decision was announced, I was disappointed but by no means surprised by the chorus of voices on social media not content merely to urge peace, but to qualify what is or is not an appropriate form of protest.

Merely shutting down traffic for fifteen minutes – an act coordinated between protestors and police – brought calls to “hang them all” from persons on Facebook, and not anonymously, either. Several tutted more gently, condescendingly reminding protestors to emulate Dr. Martin Luther King Jr. It was as though they were intentionally ignorant of the fact that mildly inconveniencing Saturday afternoon traffic on the Shoreway was nothing to the kind of non-violent protests staged by the good Doctor.

What do you believe? Have you ever had your beliefs challenged? What would you do to defend your beliefs?
Posted by pengo at 9:38 AM No comments: