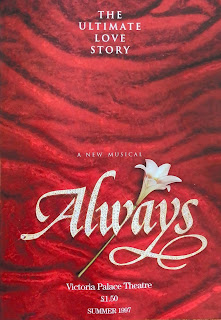 There are those who point to the Abdication as the moment the British Monarchy began its inexorable decline.

Then there are those who believe it has been downhill since the Magna Carta.

Today would be a good day for this American President to “abdicate.” Most days are. Unlike Edward VIII, Trump has been impeached (this time) for inciting insurrection. All poor David Windsor ever did was to fall in love. It’s the stuff of Shakespearean drama, falling in love with the wrong person.

And so it happened that a musical was created during the 1990s (that most trivial of decades) to celebrate what was blurbed as “the ultimate love story.”

Even die-hard monarchist enthusiasts might choose Victoria and Albert as the ultimate love story, but who wants to see a musical in which the groom dies after the first song and the rest is the bride in mourning. Bit upsetting.

The story of King Edward VIII and Mrs. Wallis Simpson at least has what you might call a bittersweet ending, he loses the crown, but at least they have each other.

And that’s the problem, because the they that each of them had were awful. By all accounts shallow and selfish, and living off the British dime. They were perfect for each other.

My wife and I visited England in 1997. It was her first trip to Europe and for two weeks we traveled and saw many plays and performances and the first was the new musical Always at the Victoria Palace Theatre, which was in previews.

A musical about the Abdication! What a brilliant idea! We were not yet, however, into the modern era of arch, satiric, or darkly-themed musicals, at least not those intended for the West End or for Broadway. Not unless you were Sondheim.

Always is an unapologetic valentine to Edward and Mrs. Simpson, chronicling the unfairness of the world, and the nobility of romantic sacrifice. The story is even bracketed by the widow Duchess of Windsor following the funeral of her beloved David in 1972, making it a memory play.

There is no mention of their documented history as Nazi sympathizers or their visiting Hitler, not any other controversies but the main: she was a twice-divorced American, a “commoner.” And he loved her!
The production starred Clive Carter as David, who I had seen play Prince Charming in Into the Woods in the West End several years earlier, and Jan Hartley as Wallis, who played Christine in Phantom for over a year.
It had some other ringers, too. Sheila Ferguson is an American singer, whose biggest hit was When Will I See You Again with the group the Three Degrees. Credited as only The Chanteuse (and the only person of color in the entire production) she sang Love’s Carousel, a song about the irresistible power of love that was meant to be a first act show-stopper. 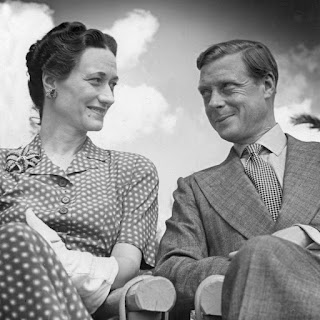 Only it wasn’t because, like Hearts Have Their Reasons, The Reason For Life Is To Love, and (oh my goodness) If Always Were a Place, Love's Carousel is a horrible song. The show is packed with horrible songs made even more horrible because they are about horrible people.

If you didn’t know the show was in trouble already, Love’s Carousel left no doubt. Every single cast member was thrown onstage for this number, set in a Parisian cabaret, as it rose and rose to a feverish pitch.
Once concluded, a few individuals in the balcony rose to their feet, shouting with delight, who were then loudly mocked by others -- yes, many more audience members hooted and shouted things like, “OH, COME ON, NOW” at those audience members who were likely paid to attempt a standing O during the first act. Maybe they were just huge Sheila Ferguson fans, which is a fine thing to be.

During the interval we discussed the possibility of leaving. Many others did, but this was a fiasco and I was intent on seeing what happened next. I did not, at that time, purchase one of the CDs, which I regretted for many years until that Christmas my brother gifted me a copy he found in a 99p bin.

The play officially opened on July 10 and ran for three weekends, closing on my birthday when I was safely out of the country. The review in the Times of London read “Wallis & Vomit.”

The following year, we visited my other brother, the one in Minnesota, and took in an exhibit of the photographer Richard Avedon. Avedon could be kind of a dick in his attempts to make famous people not pose fake.
Knowing that the Duke and Duchess of Windsor reportedly loved dogs more than people (more than certain people, anyway) he idly told them a made up story of how his taxi had run over and killed a dog on his way to the studio. The result, seen here, is less than glamorous.
Source: Lisa's History Room, The Duke and Duchess of Windsor: We Are Not Amused (10/9/2009)
Posted by pengo at 12:00 AM