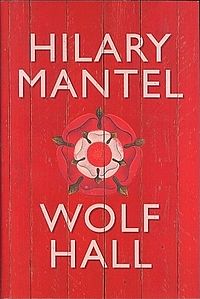 I received a copy of Hilary Mantel's Wolf Hall for Christmas. This has been my summer reading, and I just finished it.

Here is my review: I am giddy over the fact that this is merely the first book of a trilogy.

Upon learning of this novelization of the life of Thomas Cromwell, which is to say, the reign of King Henry VIII told from the point of view of one of his councilors, it occurred to me a shame I had not read it prior to my directing Shakespeare's Henry VIII last summer. However, though the two cover the same ground in history -- which is to say, this first novel does, the next two will tell the story of that which came after -- they tell the story from such differing view points that it may have proved a distraction and in no way improved the choices I made in directing the play.

After all, Shakespeare's Wolsey is the antagonist. Mantel's Wolsey, from the point of view of her protagonist Cromwell, is a much-beloved father figure and mentor. And I worked very hard, and successfully, I believe, to limit the number of definable, named characters in Henry VIII, and as a result there was no one named Cromwell in my production at all, his lines greatly limited and put in the mouths of others. 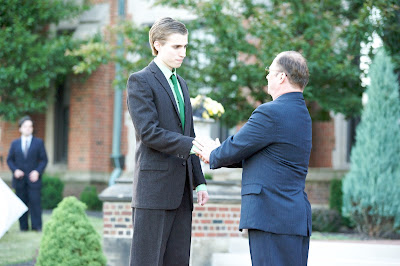 
It comes as no surprise at all that this book has already been optioned by BBC/HBO as a miniseries. The main character is far too charismatic not to hold a high-profile production together, you could see everyone from Colin Forth to Paul Giamatti vying to play Cromwell, and attract enough stars to play virtually all of the supporting characters. Mantel's dialogue is irresistible, adaptation seems almost unnecessary.

Dad was pleased to hear I enjoyed it so much, he offered to get me Bring Up The Bodies for my 48th birthday, which was four days ago.
Posted by pengo at 4:21 PM