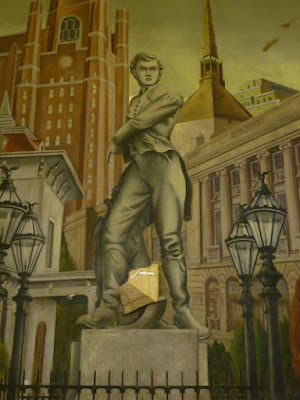 Built in 1929, this neoclassical structure underwent an extensive $36 million redesign between 2001-2006 creating a 21st century learning facility for the CMSD students lucky enough to go there. I love working with the kids and teachers at John Hay (I am substituting for one of our performers there today) and am constantly delighted by the way they remodeled this old-timey school without altering its original design elements. 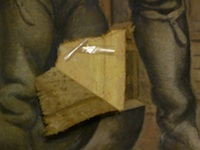 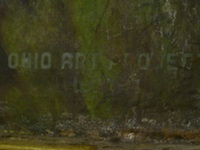 As a reminder of things past, however, two large portraits stand in the main hall, shabby and ill-treated over the past seventy years. One is of progressive Cleveland Mayor Thomas L. Johnson, the other of Commodore Oliver Hazard "Don't Give Up the Sip" Perry. They stand before important Cleveland buildings and landmarks, unrealistically overlapping each other at dramatic angles which was all the rage for artists producing work for the W.P.A. 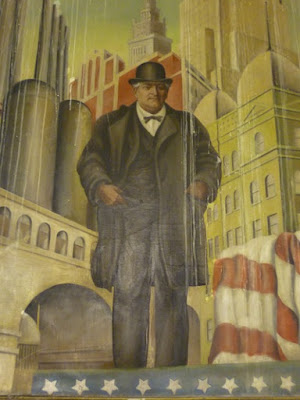 These are, in fact, W.P.A. paintings. Water-damaged, graffitied, slashed, begging for restoration. It has been suggested that the works were created by Clarence Carter, who created murals for post offices around Ohio, but whether he did in fact create the John Hay High murals is in dispute, and other candidates are unknown. 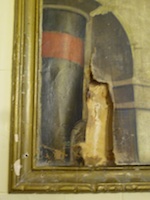 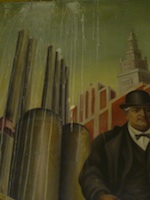