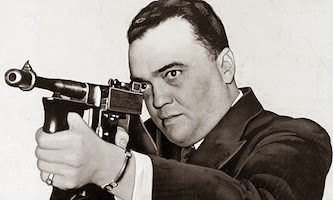 The 1920s were a period of great excess and celebration. The internet tells me (from numerous sources) that what was becoming what we know to day as the "gay" lifestyle was, while not explicitly acceptable, on the rise and becoming more visible. Drag shows and cabarets were fixtures among jazz clubs and speakeasies, and while society turned a blind-eye to illegal alcohol production and consumption, they were turning their eyes away from everything else.

With the Depression came a stripping away of everything considered excessive or indulgent, a return to so-called "traditional family values." The term homosexual came into being, and was defined as the antithesis of a normal relationship. It was diagnosed as a mental illness, and (see: Hays Code) was increasingly unacceptable anywhere in any form, subject to all manner of legal and social punishments.

One example of Hollywood's censorship of gay issues and themes involves Lillian Hellman's play The Children's Hour which was adapted into the 1936 film These Three ... only now one of the figures in this boarding school lesbian love triangle is now a man and the story has a happy ending.

The term "sex crime" emerged in the media during this period, which described rape, child molestation - and homosexuality. By the late 1930s gays were the targets of widespread campaigns to "clean up" the ills of society.

Homosexuality was illegal in Cleveland at this time. It was the presumption of several involved in the so-called "Torso Murder" case that the man they were looking for was a sexual deviant. Detective Peter Merylo, who drove himself to the brink of sanity on this case, made it his crusade to put "perverts" behind bars.

On numerous occasions Merylo would solicit known gay bars, follow a departing pair of men to a residence or hotel, wait an appropriate amount of time, then force entry catching them in a compromising situation. He pulled this stunt so many time judges became reluctant to try his cases.

Merylo also liked to wander Kingsbury Run in his underpants to lure the killer, but that's another story.