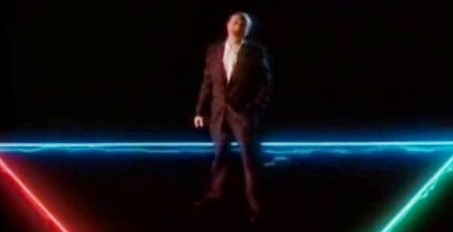 “I think Invisible Touch was the group's undisputed masterpiece. It's an epic meditation on intangibility. At the same time, it deepens and enriches the meaning of the preceding three albums. Christy, take off your robe.” - Patrick Bateman, “American Psycho” (2000)

If you were to ask anyone in my graduating class who was the biggest Phil Collins fan, they might tell you it was me. If there was a time to be a fan of Phil Collins, it would be exactly those years in which I was in high school (1982-1986).

Last Friday night, Phil played his last concert with Genesis at the O2 in London. Peter Gabriel was in the audience. He played these farewell gigs seated in a chair, the last decade or so he has been affected by a variety of nerve injuries, and from all appearances lives with a great deal of pain. And yet, there he was. Doing the work. Singing, anyway. He hasn’t been able to play the drums in years.

Phil Collins appealed to me for a number of personal reasons. Because he was a drummer, he is British, his wardrobe was basic and easily appropriated, and because he wrote songs about mature relationships that were in trouble.

Perhaps it speaks to my own youthful escapades in romantic self-sabotage that at a very young age I had a tender spot for mushy ballads about endless love (Follow You, Follow Me), doo-wop songs about cuckoldry (Misunderstanding) and anthemic showtunes about struggling to maintain doomed relationships through inscrutible, symbolic lyrics and an awful lot of shouting (Behind the Lines).
It was my dad who observed that Phil Collins doesn’t so much sing as he screams, and my father really liked Phil Collins. And so did I. Big fan. I’d dress like him, in suit and tie and Chuck Taylors. This was in the 1980s, when Chucks with a suit was considered transgressive. Goofily transgressive.

I remember getting stoned in the basement of someone’s house in 1983 and they put on the just-released, eponymous release Genesis and heard the song Mama for the first time. That was a dark journey.

I remember having a springtime infatuation at the end of my sophomore year, and Against All Odds (Take a Look at Me Now) was powerful validation of my every obsessive nerve ending.

I remember getting the cassette of No Jacket Required the day it dropped in early 1985, and how jazzed I felt hearing Sussudio for the first time. Fuck all that prog rock shit, let’s dance!

And I remember hearing the song Invisible Touch on the radio, shortly before my high school graduation. I thought it was terrible. Uninspired, basic. Even the music video signaled he was just mailing it in.*

The rest of the album, however (also called Invisible Touch) has some of my very favorite songs, and my girlfriend and I listened to them all summer. In Too Deep was a touchstone for our entanglement, Throwing It All Away our destiny foretold. It was clear, however, that the bloom was off the rose for me, even as we were committed to seeing the act at the Coliseum together after we had broken up.

He was an amazing drummer. While he did not sing on Do They Know It’s Christmas, he does play the drums and his signature fill (dun - dah dun - dah dun) is unmistakable. He was also a pioneer in the use of drum machines. The opening to Sussudio is worthy of Prince.
And I had Genesis posters on my wall freshman year in college, though by that time I was really Team Gabriel, and anyway I was at that time being exposed to all that stuff Butthead referred to as “college music”.

Okay, here’s a story. My dad and my ex-girlfriend and I attended the show, as I said, on January 26, 1987. You can listen to a bootleg of the entire show online, there was a live remote that night as they performed Invisible Touch for the AMAs.
When they started playing In Too Deep I announced, “I’m going to the toilet,” and got up and hopped away.

I returned somewhere in the middle of the song. She whispered to me, “How could you leave?”

I said I had to go to the bathroom.

I was a bit defensive, but also smug. I knew what I did. And so began a couple of years of something like dating which would complicate all of my college relationships.

*"Invisible Touch" was the only #1 single Genesis achieved in the United States. I yield to popular opinion.
Posted by pengo at 12:00 AM