Tyger Tyger, burning bright,
In the forests of the night;
What immortal hand or eye,
Could frame thy fearful symmetry?

The book I chose to read over Christmas break, this year more like a three-day weekend, was Smile by Sarah Ruhl (Dead Man’s Cell Phone, In the Next Room) a memoir in which she recounts her struggles with Bell’s palsy, an affliction which left one side of her face partially paralyzed following the birth of twins in 2010.

It was not the easiest book for me to read, I found myself sighing and wincing often as I read it, prompting my wife to ask if I was all right. I have never or not yet experienced this kind of physical trauma, but Ruhl honestly describes feelings of both rage and helplessness toward certain members of the medical community who failed her, and I have felt that.

I have known helplessness, and I have known rage. She shares several incidents, in detail, as members of the medical community continue to disappoint her, and is unapologetic for her disgust with their personal as well as professional failings. It made me regret those times I have pulled my punches in my writing, the edits I have made over the years to soften certain tales.

Ruhl recounts an episode in which she was escalating a stairwell and her legs entirely failed to work, she just pitched forward, with her body’s momentum. It is fortunate she was not terribly hurt. I was reminded of that time two years ago, when my mother claimed she “missed a step” on her way downstairs in her home. She struck her head on a bannister, leaving a shiner and a nasty web of scabs on her brow through our final Thanksgiving together. 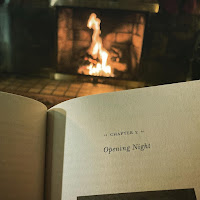 As the extent and effect of my mother’s illness became more apparent, it was clear to me that she had not missed a step, but that her brain was ceasing to send messages to the right side of her body. Shortly after the accident she could no longer write. My mother's ability to write did not degenerate over time, one day she could write with a pen, the next she could not.

It is hard not to see this as a betrayal, when our body, our own self, refuses to obey.

One of the great lessons of this book is that there is no one way to manage (to quote another playwright) the thousand natural shocks that flesh is heir to. Not one religion, not one philosophy, not one path of medicine, not one course of therapy. There are known and unknown palliatives and cures in their thousands to ease our imperfect selves and souls.

That her journey would lead to Buddhism appeared to me to be inevitable, though she has engaged with it deeper than I have, which is an inspiration and not a shame.
Posted by pengo at 12:00 AM