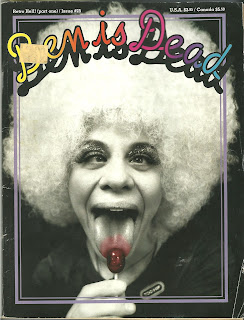 How to explain to future generations what it was like not to have all your lifetime memories at your fingertips. What was it like to have a conversation and not to be able to find out immediately the name of that actor, the title of a movie, the correct lyrics of any given song?

For twenty-five years, I had the memory of a song, one I knew from a few weeks spent abroad in 1984. It was played often enough at that time that I could remember a series of notes that were whistled (or were at least, a whistle-like sound) as part of the chorus. I was pretty sure it was a song about breakdancing (there were actually several popular songs about breakdancing that summer) that it was an American song, though never a hit in America. I had lost it.

In 2009 I reconnected with members of the team that I had journeyed with a quarter-century prior (via Facebook, of course) and asked if anyone could help with this song, which was still stuck in the recesses of my mind. They could not, but it occurred to me then to do a Google search of “dance hits Spain 1984” or something along those lines and found it. Street Dance by Break Machine.

Not only did I find it, I immediately bought it on iTunes. And I can honestly say that the word I would use to describe this discovery is relief.

The thing about childhood memories is that it used to be that unless they were somehow recreated in the form of a period film or television program, you just forgot them. Or they were there somewhere, but memory is fluid and they could change drastically. Maybe you'd doubt they ever existed as you remember them.

Was there really a Saturday morning cartoon about an alley cat on his “ninth life” who was terrified of death, and constantly haunted by his previous eight incarnations?

Yes, that was Fraidy Cat which had eighteen episodes on ABC in late 1975. I was seven. It was really terrible. But you can watch the entire thing right now on YouTube.

Personally, I had quashed a great deal of my childhood memory as I grew into adolescence. The youngest of three boys, my brothers were a constant reminder that my interests were childish (I was a child) and there was also the cultural pressure to discard the old and embrace the new. Disco is crap, buy this New Wave album.

Magazines, toys, posters, even records were sold at garage sales and clothes were given away. In my rush to be an adult I married too soon and bought a house. Twenty-five years ago, in 1995, I turned twenty-seven. I had lost the wife but kept the house, and my new girlfriend moved in. And together we began to rediscover childhood.

This was the era of Generation X nostalgia. We were all indulging in the trappings of the mid-to-late 70s. In Pulp Fiction a drug dealer eats from a box of Fruit Brute. Schoolhouse Rock was back on television. The Saturday Morning Cartoons album was released, featuring covers of TV theme songs by popular artists; this is where the Ramones doing Spider-Man comes from.

The thing is, these things weren’t in here, on our computers. Few had email in 1995, far fewer access to the “world wide web” or AOL. These things were out there, in the world, and we had to find them.

One of the valuable treasures I found, just as we began work creating the first Night Kitchen play Bummer (a collection of short plays about being a kid in the year 1980) were the “Retro Hell” issues of the magazine Ben Is Dead. The cover captured my attention at the local bookstore because the logo for that issue emulated the Scholastic magazine Dynamite.

Dynamite was an eagerly awaited item for me in every shipment of Scholastic books at Glenview Elementary because it was not only a fun activity book but was also a connection to popular culture, with interviews and features about TV and pop stars written for kids. It also included a regular single-panel cartoon called "Bummers" which was the inspiration for the title of our production in the Night Kitchen. 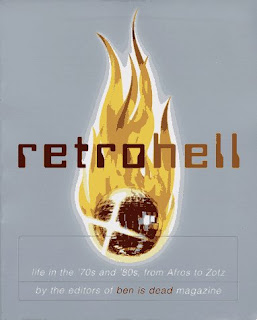 Ben Is Dead was a 90s, L.A.-based zine-turned-magazine that indulged in confessional essays by twenty-somethings (primarily written by the creator, Deborah "Darby" Romeo) as well as reviews, interviews and pop culture items. Each issue was based around a central theme. Retro Hell was originally intended to be two issues, which blossomed into three, and finally the book, Retro Hell: Life in the '70s and '80s, From Afros to Zotz (1997).

The first issue of this series alone (BID #25: 146 pages!) included personal reflections on Teen Idols (e.g., Brandon Cruz, Adam Rich) an interview with Debbie Harry, instructions on how to make a bubblegum wrapper wristband, recipes from the Woman’s Day Encyclopedia of Cookery, memories of a 1980s teenage lesbian, how to make a slam book and a cootie catcher, a list of incorrectly heard lyrics, a long list of games you can play with your hands (cheek pop, hand horn, vagina hole) and creepy LPs intended for children ... and so much more!

Also, the margins included a variety of long-forgotten catchphrases and put-downs like, “You think you’re hot shit in a champagne glass, but you’re really cold diarrhea in a Dixie cup.”

Editorial by Darby
Sensations can bring you back … Sometimes smells do it. There’s this one smell, of clammy hands and tar, that brings me right back to the elementary school auditorium where I was square dancing partners with Jimmy (I forget his last name now) - total babe.
The idea is that you can control this. These feelings don’t have to be random or accidental. They don’t have to be sentimental or emotional. They are a part of you forever and can be accessed on demand. You don’t need to be naïve or immature or go out with a person half your age to feel the force of youth … I guess it all depends on whether you’re going to utilize your past or just wallow in it.

Now these memories can literally be accessed on demand. At the time it wasn’t so easy, so having these volumes was extremely joyful. And shocking. It didn’t make me want to relive my past, but to better understand it. And believe me, I have utilized it.
Posted by pengo at 12:00 AM