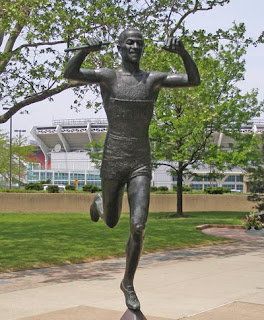 It was created by William McVey in 1982.

More striking is the statue at Jesse Owens Memorial Park in Danville, Alabama. It would only be more impressive if he were snapping a swastika in two over his head.