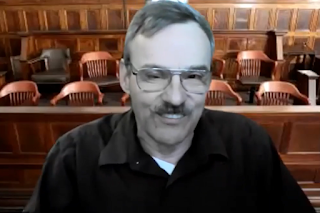 They were designed specfically to be enjoyed by clients of the Sight Center who are low vision, visually impaired or blind. Credits are read aloud, and include a brief description of the visual setting.

My favorite take is Szabo's adaptation of my short play Cleveland, which includes no visual information at all. Rather, the scene is performed audibly, twice, two different ways. The audience is encouraged to participate, to imagine what actions are happening during each of the performances and to drop them in the comments.

Also featured in these videos is Ken Hoegler, who is a staff member at the Sight Center's summer camp, Highbrook Lodge. He translated his scripts into braille.