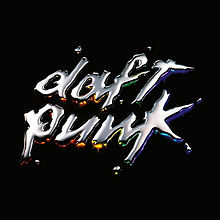 Summer, 2001. We had rocked unsteadily through those first few months after the loss of our child, we had journeyed to England and back. And then there was time and plenty of it. I had to prepare for my work at Great Lakes, memorizing lines, but rehearsals wouldn’t begin until the first Tuesday in September.

My wife had written a play that was going to the New York International Fringe Festival. Angst:84 is a high school satire with an acting company of fourteen, many of whom in this cast were actual teenagers. Several were going into college that fall, others returning to high school. The summer was booked with rehearsals, dance party fundraisers and group mailings promoting same.

My job was to run sound at the festival. That’s it. Coming off my sadness and grief it was delightful to be surrounded by young people and doing youthful, fun things. In this, my wife and I were not exactly in the same place. She was game, she was not having “fun.”

At one of the mailings, the director was playing the new Daft Punk album, Discovery. No idea what hooked me so fast and so strong, I mean, I like EDM but this felt like something special. It was a feeling.

That summer I had also downloaded many ROMs from the cabinet video games I had grown up with, and this album seemed the perfect soundtrack to playing those games. It was as though this album actually existed in 1980. I tried to pinpoint exactly what song I was thinking of, which songs they had sampled, but I was never able to figure it out. The closest I could get were tracks like “September” by Earth, Wind & Fire (1978) or “Valerie” by Steve Winwood (1982).

Last month, as our summer began and we were listening to satellite radio, I tuned into the 80s station, because you know me. The song “Video Killed the Radio Star” by the Buggles (aka Trevor Horn) came on and of course I had to point out that actually that song is from 1979 and suddenly it struck me, right around the refrain where the woman is singing “You are … a radio star” from somewhere in the background, that this was the song.

Like, the entire album Discovery are numerous reworkings of that one song, “Video Killed the Radio Star.” Especially the vocals in “One More Time” and “Digital Love.” Thematically, “Video Killed the Radio Star” is melancholy tune chronicling the end of an era while “Digital Love” is about a dream of a wonderful happy time which have been in the past or never have happened at all. They are both sad in their own way, recalling a memory of joy. 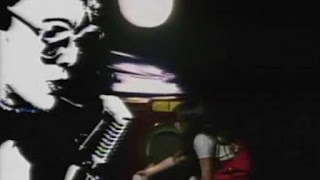 To me, of course, “Video Killed the Radio Star” was released as my childhood was concluding and moving into troubling adolescence. I read online that Daft Punk was trying with Discovery to create a tribute to the first ten years of your life, whenever that may have been in time. There are also specific samples which were used as the baseline for certain songs, but this one is never mentioned, because it’s not actually sampled. But it’s all over the record.