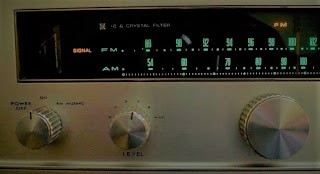 re·cep·tion (n.)
1. the action or process of receiving something sent, given, or inflicted.
2. a formal social occasion held to welcome someone or to celebrate a particular event.
3. the area in a hotel, office, or other establishment where guests and visitors are greeted and dealt with.

During my twenties I was enamored of Alan Rudolph’s Lost Generation duology, The Moderns (1988) and Mrs. Parker and the Vicious Circle (1994). The first is an historical fiction, about American expatriate artists in Paris, the second a bit more fact-based and centering around the character of Dorothy Parker and those of the Algonquin Set.

As one who thought of myself an artist (of what I had not yet come to appreciate) and the member of a generation with much in common with those bright young things of the 1920s (we can have this argument later) the keen wit and desperate romanticism of Rudolph’s characters and the painful longing of Mark Isham’s scores filled this young adult with a deep heart hurt for which I had no actual life experience to deserve. Not yet. Not even close.

When my then-girlfriend Toni moved to Cleveland from New York City, we sat around my house, unbelievably big and comfortable for two people (so it now appears, with two ever-growing teenagers) drinking, smoking, and screwing and having delightful, indulgent fantasies about hosting a salon in our parlor, inviting all our friends who, like those in the Algonquin were not yet but but would someday be famous.

I got shitfaced in the Algonquin the night before I proposed marriage, you know. But that is an entirely other story.

Anyway. It’s like when I directed my first solo performance in 1998 and Chris Johnston said I should write a one-man show for myself to perform and I said, what do I have to talk about on stage by myself for one hour that would interest anyone? Be careful what you ask for.

Regardless, our salon never happened. Then Trump got elected.

Like so many, we wanted to do something, We felt alone, and wanted connection. The intent was not to create a political event, those needs would be satisfied by marches, phone calls and letter writing, and general wokeness. But making sense of the senselessness, to speak but also to listen, to provide a safe space for the free exchange of ideas, to begin and hopefully to continue a conversation.

It was Toni’s idea. I wish I could remember the first names she came up with, they all sounded a bit too clever, like the Be-Sharps -- witty at first, but less funny each time you hear it. I pressed her to come up with something that might last a while, beyond our current emergency, and she soon arrived at the name Reception. A fact, but also clever, but also open to interpretation.

But why this now? Almost two years ago Toni Morrison wrote an article in which she recalled Bush’s reelection in 2004. A friend asked if she was in despair, to which she replied, No! “This is precisely the time when artists go to work. There is no time for despair, no place for self-pity, no need for silence, no room for fear.” And so it is today.

Once a week, because once a month would not only be not enough, but would make it all the more likely we would cancel or postpone. Since the first weekend of December we have opened our door every Sunday (Christmas and New Year’s excepted) to share books, stories, articles, rants, scripts, artwork, ideas, poetry, video, song, whatever with whomever arrives.

There are drinks and snacks for pretty much exactly two hours and then we get on with our lives, hopeful in the notion that at least we have been heard.
Posted by pengo at 9:42 PM