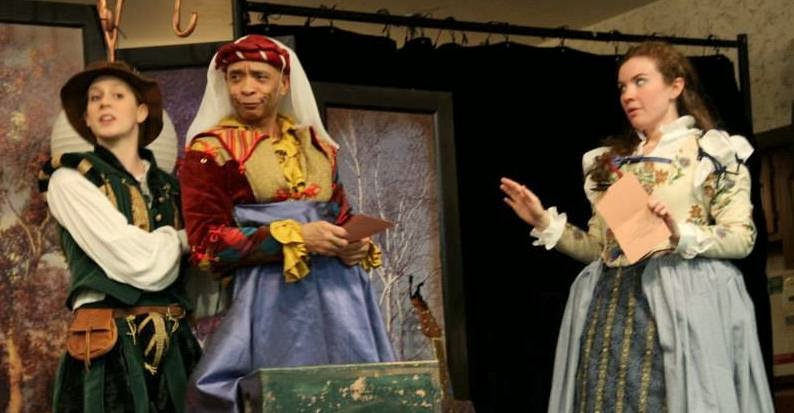 The ride has been eventful, not of the offstage-antic variety, its just been exciting feeling the show grow and solidify after what was, to me, a shaky start. Finding the throughline to a collaborative show like this one - as an actor - was most challenging. We were ready for opening, but as my confidence has grown, so too, the work. That's acting, I guess.

A week ago Monday we performed at Workshop Players in Amherst I totally love this site, there are often dozens of high school students there from Amherst Steele High School, but it is a much different experience than performing for students who have been called to the auditorium for an assembly. This is a night out! They dress up, they've put on their grown-up faces.

These kids are the theater crowd, too, so they are in their element, and impressed by good work. The post-show discussion is always very enjoyable.

After the show last week, one girl hung back as we were striking to ask, "What is your writing process?" What a question! Real writers have an answer for that, but I never do. But maybe I do, maybe now. Because I have been playing with a process which pleases me.

This is what doesn't work -- setting aside several hours, once a week. Or once a month. Or once never. The pressure to create something significant in say, an hour or two. I can't do that. The very idea of having to produce something in that time, that expanse of lonely time, that comes so rarely, it's pointless.

Also, when I am unhappy with a word, I put parentheses around it, and in doing so give myself permission to move on. I will come back to that word and change it later. You have to go forward to go back. Better press on. 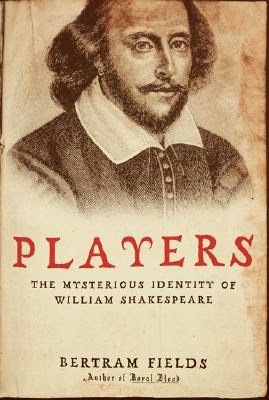 Just finished re-reading Bertram Field's Players, a book on the authorship question which was not nearly as enjoyable the second time through. I guess that's because I knew how it was going to end. Seriously, however. It was for research, some ideas I wanted freshly rolling around my head.

In a nutshell, it makes as much sense to say "William Shaksper of Stratford" wrote the works of Shakespeare as much as any other candidate, which is to say not much. We don't know who wrote them, which is not the same thing as saying he didn't write them, but doubt in and of itself is offensive to a lot of people. In that way, Shakespeare is a lot like Jesus.

What makes Fields' work unique is the theory of collaboration, that if it does not seem likely that the works of Shakespeare were created by any one person, perhaps it was written by more than one person. Stratfordian purists had to give way to this argument a long time ago, it is accepted for example that John Fletcher wrote a great deal of Henry VIII.

Why do we have to assume then that Shaksper wrote most of what is attributed to him with minor additions from others, and not the other way around? If the works were largely created by one who had no reason to be public, and edited and produced by Shaksper, doesn't it make sense they were one day printed in a large booking bearing something like (though not exactly like) his own name and likeness?

Whatever. He wrote the work, he didn't write the work, what I believe for sure is that Shakespeare never for a moment thought his writing would last for centuries (grandiose allusions to 'immortality' in the Sonnets notwithstanding) and that the process of creating scripts for the purpose of producing performances was the primary reason for their having been created in the first place.

And as any modern playwright worth working with understands, theater is collaborating, writing is rewriting, we're all in this together or it simply doesn't happen. Doesn't matter if you're the Earl of Oxford, if you are an uncompromising dilettante, no one will want to work with you.
Posted by pengo at 4:37 PM