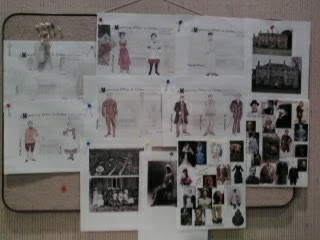 Last night was all about doors. Doors and sardines. 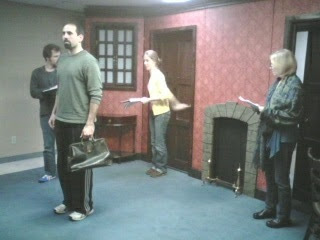 I was excused from rehearsal Sunday night. Lisa called to tell me they would be marking through the first twelve pages or so. Poirot does not appear until page 15. Would I like to be present as playwright? Of course not, I wanted to be home as an actor who desperately needs to cram his lines.

I have had a few conversations in the past two days with various parents about whether or not this show is appropriate for kids. For my own kids, sure. But then a friend who has a boy in middle school, whose friends joined him came to see The Complete Works at the Hanna and they LOVED IT, wanted to know if they would be into this. I have wondered if it isn't too talky for children. Not scary, not by half. No blood, there is a death by poisoning (oops, spoiler) but, you know, it's is very British.

Well, after tonight's rehearsal I am not worried at all. It's almost like a farce what with all the people popping in and out of doors and quickly changing costumes and voices.

A farce of MURDER. 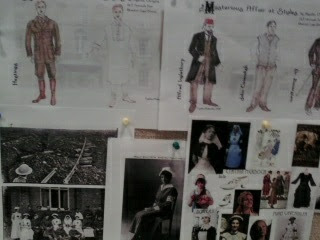