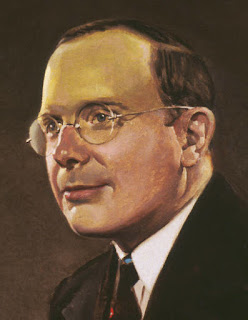 In August, the Plain Dealer began a national search for a new "full-time theater critic" which has become something of a joke among the writers there. They have flown a few potential candidates into town for interviews, and the paper even sent representatives to PlayhouseSquare to meet with members of that organization -- the nation's second-largest performing arts facility -- and its newest tenant, Cleveland Play House (two major advertisers) to reassure them that there would be soon be someone on staff whose main responsibility would be to cover the theater beat in Cleveland.

Not that the theater scene was the main responsibility of Tony Brown. He, like everyone else in their shrinking bullpen of writers, was recently called upon to cover ... well, everything. Anything, really. Brown was also writing travel pieces and covering the trial of a serial killer at the time he was let go. The Plain Dealer isn't in the business of creating paid positions any more, buying out contracts from writers left and right, and shrinking benefits for everyone who remains. Besides, since June they have gotten along just fine handing out assignments to fashion editor Andrea Simakis, columnist and reporter Joanna Connors, can't-live-with-him-can't-fire-him columnist Donald Rosenberg, and freelancer Christine Howey.

In July Bob Abelman, critic for the News-Herald assured me that:


The theatre critics who write for smaller, more localized newspapers have and will continue to cover Cleveland theatre. The papers and their websites and blogs may not have the reach of the PD, but they are well positioned to offer the same coverage--and more--and take more creative risks. Cleveland theatre is being covered.

The paper Mr. Abelman writes for, the News-Herald, originates out of Port Clinton, and has a circulation of 2,910. However, spare-time critics like him and Roy Berko reach three times that number posting their work on blogs and through reposts on Fred's List.

It is, in fact, the online posting of reviews (and everything else) that has brought us to this pass. If the past fifteen years have proved anything, it is that no one ever bought newspapers to read the columnists. Well, they did, decades ago. But the idea that people would spend money to get any one specific person's opinion on anything has been a lesson hard-lost. Newspapers were purchased for the want ads and when these became freely available on Craig's List, subscriptions to papers like the Plain Dealer cratered.

Do we need a well-paid, professional, educated, savvy, full-time theater critic in Cleveland? The audiences should demand one (or at least one) because they write better, they establish long-term relationships with artists and companies, they can afford (time-wise) to see everything, to have the long-view, to judge growth (and its opposite) and to present a point of view and a consistent personality that the reader can judge themselves. And as Mr. Brown often reminded us, he was writing for his readers, after all, and not for the artists.

Do the theater companies need a full-time critic? Hmn. Tricky. Like a lot of artists, I am concerned that lack of attention to the arts by the media will kill interest in the theater. But media does still pay attention to theater -- a lot of attention. However, it is the new media, the personal media, the websites, blogs, and social networks through which theater companies connect with their audience, in a personal and sometimes exciting way.

Great Lakes Theater recently reported a 11% increase in ticket sales for the 2011-12 season. Eleven percent! Without a full-time theater critic at the Plain Dealer.

Here's the big question ... Why do you see plays? Why do choose this play or that play to see? Did you read a critical review? See an advertisement? Get something in the mail? Or was it because a friend recommended it, someone sent you a YouTube video, you saw a friend of a friend's comment on Facebook?

Does it matter, after all, who it is that recommends a show, so long as somebody does?

UPDATE: For the past several years, the most-awesome, daily, local NPR arts program "Around Noon" has started the New Year with a week-long series looking back at past year in the arts. Each day, for the entire program, critics and journalists are invited to comment on the year in books, dance, music, moves and theater. In Tony Brown's absence, "Around Noon" chose not produce a Best of Theater 2011 program.
Posted by pengo at 11:46 AM