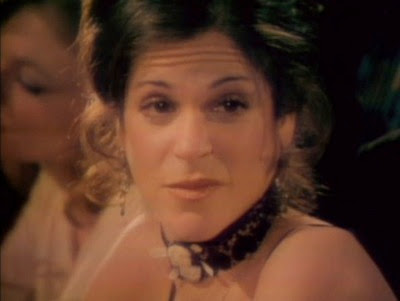 [ open on woman sitting alone at a bar ]

Announcer: Not all women are looking for Mr. Right. Sometimes they might just want a little company for the evening. That's why Olfalo created Hey, You!

[ Woman holds up perfume and sprays it on herself ]

Announcer: Just one whiff does the trick, for those occasions when you can't afford to be subtle.

[ men begin to flock all around the Woman ]

Announcer: Hey, You! The scent you can't ignore.

[ the man approaches the woman, who gets up and leaves with him ]

[ once outside, they enter a taxi and take off into the night ]

Announcer: Hey, You! for that special someone you never expect to see again.

[ cut to the next day, as the woman hobbles out of a hotel and tries to catch a taxi home ]

Announcer: Hey, You! The Perfume for One-Night Stands.

My world-view as a nine year-old was that New York City was a gritty, dangerous swinger’s bar and that when I grew up my life would be much like Gilda’s in this fake advertisement -- desperate for love and attention, going home after dark with strangers for risky sex before catching a cab the next morning, half-dressed, with a cigarette clamped between my lips.


I think the fact that she stumbles into the ugly, urban dawn, shrugging on bits of her clothes from the night before didn’t just communicate to my pre-adolescent brain the “Walk of Shame” but that she had, in fact, been raped. I think I read a little too much into this gag. 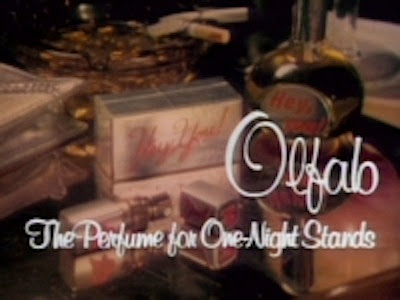 Source:
SNL Transcripts
Posted by pengo at 6:06 AM