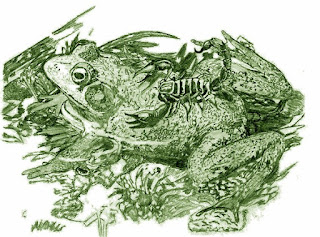 Writers use words to challenge or shape ideas and thoughts. If you can distill a big idea into a short story, or an original turn of phrase, you can move untold numbers of people. You can also make bumper stickers.

Jesus told stories to get his point across. Ancient tales provide useful or hackneyed metaphors, to poignantly comment upon or dumb-down contemporary issues.

I remember the first time I heard the fable of the scorpion and the frog, it was nearly thirty years ago, in the movie The Crying Game (1992). I can also remember the last time I heard it, which was during the second season of The Umbrella Academy (2020). I have heard it too many times in between.

The first time someone told me that the clinical definition of insanity is doing the same thing over and over and expecting a different result (not the actual definition of insanity, clinical or otherwise) was almost twenty years ago, in 2002. I remember who said it, too, because I was impressed by the expression. Almost immediately, though, everyone was saying it and it has become cliché.

cliché n. 1. a phrase or opinion that is overused and betrays a lack of original thought.

The most quoted line from I Hate This (a play without the baby) is one that I did not write. During our experiences recovering from the loss of our first child someone told me, “A person who loses their parents in an orphan, someone who loses their spouse in a widow or a widower. There is no word for the parent of a dead child.” They went on to say that this is because in our society, the thought of losing a child is too horrible to bear. So we dare not name it.

That is certainly one way to look at it. In my script I do not pretend to have made that line up, and add my own personal conclusion:

That’s the line everyone quotes from the play, “There is no word for a dead child.” It seems to neatly sum something up for people.

As a writer this fact is, of course, irksome. If the line that truly stands out is one that is not mine, did I say anything else that was memorable? Does the entire play revolve around that one line?

When I was trying to come up with an alternate title for the play for the performance in Chennai, people suggested variants on this one phrase. It gets quoted in the reviews. I don’t remember where I first heard this phrase. I have heard it used in many contexts since, most recently on an episode of Falcon & The Winter Soldier which was released on March 19, 2021, the twentieth anniversary of learning our first child was dead. We actually laughed, it was so absurd. 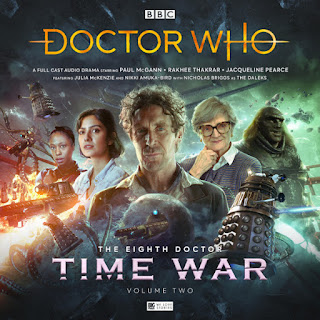 For those in the know, there is an entire series of “canonical” Doctor Who stories produced by the BBC for audio. Paul McGann, the so-called “Eighth Doctor” was only featured in one made-for-TV movie in the mid-90s but his regeneration (and his voice) has been part of many stories recorded for CD and digital download.

In an episode titled Jonah (July 2018) the Doctor is visiting an ocean planet, one which has been ravaged by the “Time War” and Bliss, one of his companions, has the following exchange with a native person named Murti:

Bliss: Is it steam powered or what?
Murti: Sorry?
Bliss: Ah, nope, nope, it's fine. I'll be fine. This is fine.
Murti: Sorry, was that a joke?
Bliss: I don't know. Do you have jokes on this planet?
Murti: Not really. Not anymore.
Bliss: Ah, of course. Um, have you, uh ... it must be... Have you lost any --
Murti: Everyone on this ship is an orphan or a widow or a widower or a sakshi.
Bliss: A ... what?
Murti: A parent who's lost a child.
Bliss: Ah, and what are you?
Murti: A little bit of everything right now.

Get it? This is a private joke for or on everyone who has ever heard or used this phrase before. Only it goes one better, because it is told from the point of view of someone whose language does have a word for a dead child, substituting the sentiment of the original cliché with its own poignancy. Count yourself fortunate you do not live in a society that has a need for such a word.
The next script I write will include the following exchange:

One: I mean, it's like ... have you ever heard the story of the scorpion and the frog?
Two: Of course, everyone has.
One: Oh? Well. It's like that.

Playhouse Square will premiere "I Hate This (a play without the baby)" in Summer 2021. Details to come.

Email ThisBlogThis!Share to TwitterShare to FacebookShare to Pinterest
Labels: cliché, Doctor Who (TV), Falcon & the Winter Soldier (TV), I Hate This (play), The Scorpion and the Frog (fable)