The theme for this month’s issue of The Dramatist (magazine) is “About the Craft.” Not casting spells, mind you. This is about writing plays.

There’s a Q&A with Adam Rapp. Here’s one:


Q: Do you have a routine? A regular time when you write?

A: With plays, I don’t have a set routine. I feel like I’m stowing away from the rest of my life when I’m writing a play, so a lot of it is stolen time, early in the morning or late when my mind isn’t focused on other things. A lot of long sessions. Sometimes an entire day just dissolves away. It’s pretty reckless, but I love the feeling like the play is holding me hostage. 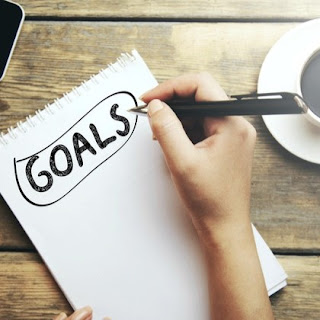 And I thought, an entire day? Must be nice. I do not like feeling churlish, but it took long enough to realize how much I desire to just write plays all day long, and at the same time had to accept that that is simply a thing that will never happen for me.

I write in the morning. I wake up at five o’clock so I can write a half hour. Sometimes it’s a play, often it’s like a journal, and I hate that because that’s not what I got up early to do, write about me, but I have to write something and so solipsism it is.

I’ve tried writing prompts, but many of the books my wife has lodged on her bookcase are about emotional free-writing and just lead to more journaling. SO in desperation, last week I just Googled “writing prompts” and found the most most basic, clickbaity site, 365 Creative Writing Prompts which is like, write about food! Write about animals!

Why not. If it’s good enough for David Byrne.

So I have been faithfully following its lead, free-writing on the subject, but also writing a very short script inspired the subject. Every morning.

Last year, I was interviewed by Tyler Whidden for his Don’t Talk To Strangers podcast, for which he expressed interest in Guerrilla Theater Company and the entire concept of one-page* plays. In their manifesto of 1915, Italian Futurists state, “It’s stupid to write one hundred pages where one would do,” that it is unnecessary to play out an entire story of character and plot if your aim is simply to make a point.

Writing for You Have the Right to Remain Silent, I not only had to be constantly creating scripts to feed the beast, but I became attuned to thinking about writing, all day. To coming up with ideas.

While I haven’t returned to that state, just putting down my thoughts as dialogue every morning has been a refreshing break and mentally satisfying. And I have begun to post these at New Play Exchange.*

Read the first of these short plays, Welcome or Friends at New Play Exchange.

*The plays I have been writing are one written page. In script form they take a few pages. Don't give me a hard time.
Posted by pengo at 5:51 PM