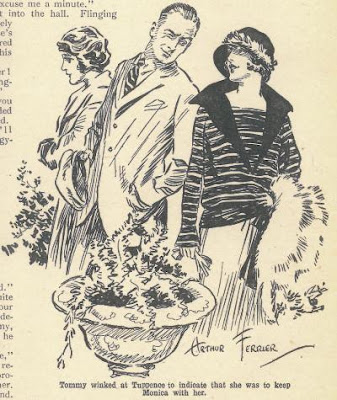 The headline in The Onion ran;  4 Hours Scrolling Through Facebook Before Bed Referred To As ‘Winding Down’ (July 22, 2015) As is often the case, even now, twenty years on, their style of satire - which often consists of just saying true things pushed to logical extreme in flat, journalistic prose - exposing an Emperor who is already entirely exposed.

I would prefer to have the wherewithal not to procrastinate, and to do the things I am meant to do. This summer I have been much more successful at reading, putting away three novels in the past month. Some has been research, but also fiction. Currently I am on my fourth summer novel, fiction which is also research - Vile Bodies by Evelyn Waugh.

Totally, odd ... I had asked my father for his copy and he forgot to bring it last weekend, but then as I was searching for a book for the girl to read I found his copy on one of our shelves at our house. I have no idea how that happened.

After a brief bit of confusion I have become entirely immersed in this tale of the "bright young people" in 1920s England. The picture of the Roaring Twenties from the other side of the Atlantic has similarities to that found in America, but like looking the wrong way through a telescope.

Young adults in Great Britain, for example, were the survivors of a generation slaughtered in the fields of France and Belgium during the Great War. Privation had taken a great toll on the established class system. They all just went a little nuts, drinking, taking drugs, throwing outrageous parties, pushing the boundaries of socially acceptable behavior.

I mean, America's "Lost" Generation was also behaving this way, only we seem so depressed and decadent, the British to be entirely disaffected and possibly demented.

As I continue my exploration of Agatha Christie's second novel The Secret Adversary, there are a few important elements which are drawing into focus. In the extremely helpful tome The Detective Novels of Agatha Christie by James Zemboy (MacFarland & Co., Inc., 2008), the author notes:


... unlike (her first novel) "The Mysterious Affair at Styles", ("The Secret Adversary's") characters are interesting and fun to read about ... the reader is treated right from the beginning to two loveable young people full of life and spirit ... (p.22)

Not monied as many of those real-life contemporaries written about by folks like Waugh and Nancy Mitford, Tommy was a soldier wounded in the war and now desperate for some kind of work, Also broke and with few prospects, Tuppence could return home to her family but as a modern young woman she would rather do absolutely anything else.

The manner in which they enter their business arrangement, which at first blush is practically an extortion scheme, retains the kind of disaffected pose that is so prominent in literature about young adults at that time. Christie herself was barely into her 30s when she wrote it and her dialogue is much more breezy and hip in this book than in her first.

There's also an awful lot of attention given to their eating, whenever possible, as thought they are constantly hungry, tearing into bread and tea when they have nothing, taking the opportunity for a meal whenever possible, and Tommy in particular obsessing about the time between feeding.
Posted by pengo at 10:51 AM