Guardians of the Galaxy (film) 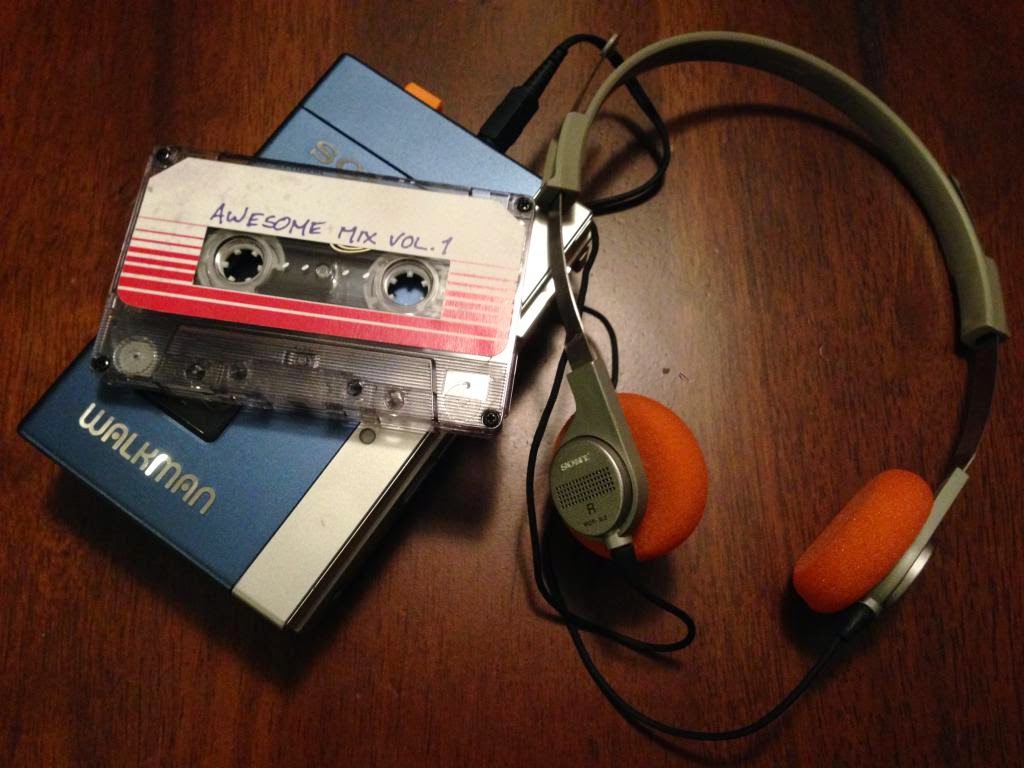 The most interesting aspect of the new Marvel Comics summer blockbuster Guardians of the Galaxy is, of course, The Awesome Mix Vol.1. Our main protagonist ... well, our main protagonist is Rocket, but the guy we follow from the beginning of the film, the one human in the company, is Peter Quill, was abducted from Earth in 1988, when he was about ten years-old.

His most treasured possessions are a late-80s model Walkman, and more importantly a cassette tape given to him by his mother while she was dying from cancer. On it are songs she thought he needed to know and love as she did.

All well and good, when a Baby Boomer aged parent believes they are acting to hold back the onslaught of rap music and hair metal which would otherwise poison a boy's love of real music. I could go on about Baby Boomers and their arrogant insinuations that the music of their childhood was the last great pop music, but in the past ten years I have heard enough members of my generation saying the same thing about the 80s and 90s. It's an American thing.

However, as the music on The Awesome Mix is almost entirely from the 1970s, it should be noted what a peculiar time in music history that was. The Baby Boomers, as always the dominant force in taste and culture, shaped the pop charts for a longer period than any other generation in history. So as the "Me" Decade stretched on, with Boomers aging into their late twenties, the pop charts became more adult, introspective, and maudlin.

Peter Quill's mother apparently thought it was vitally important he be lulled into an early sense of self-involved torpor by including I'm Not In Love by 10cc. I mean, I had to listen to that song on the radio ten times a day when it was current, and it made me the solipsistic man I am today. Why on earth would anyone intentionally subject a child to that kind of abuse?

Throughout the film, I was also painfully aware of how each of these songs were chosen as a marketing device, to satisfy the parents in the audience who were accompanying their children to this big, loud, superhero flick. I mean, I wanted to be there, too, I am not pretending I didn't, but I also felt I was being pandered to. It's not like these are deep-catalog cuts, they are entirely ultra-familiar songs, most of them having been featured prominently in numerous previous films.

Hooked On A Feeling? Isn't that one of K-Billy's Super Sounds of the Seventies?

However, let us at last take the premise of this mixtape gift from dying mother to son sincerely, and at face value. As our favorite songs from our youth remind us of who we are, so does the gift of our favorite music say, this is who I am. Remember me. 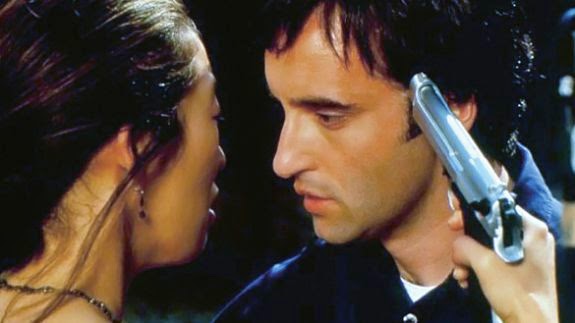 I am reminded of the Canadian film Last Night (fans of Slings & Arrows take note, it stars and was written and directed by Don McKellar - deal with that) and takes place on the final evening before the world ends. Why the world ends isn't important. I mean, it really isn't, we never learn why or how it is everyone knows this is the case. It's just a dark comedy about what everyone might do if the end of the world were certain, and known. I love this movie.

From time to time, we hear a DJ on the radio spinning the "Greatest 500 Songs Of All Time". The thing is, they are obviously not the greatest songs of all time, they include such non-hits as Jimmy Loves Mary-Ann (from the same clowns who recorded Brandy, You're a Fine Girl) and Heartbeat It's a Love Beat by the DeFranco Family.

The man says, "We've reached number twelve on the top 500 of all time, according to ... me, all right? So don't bother calling in. This time, it's my choice."