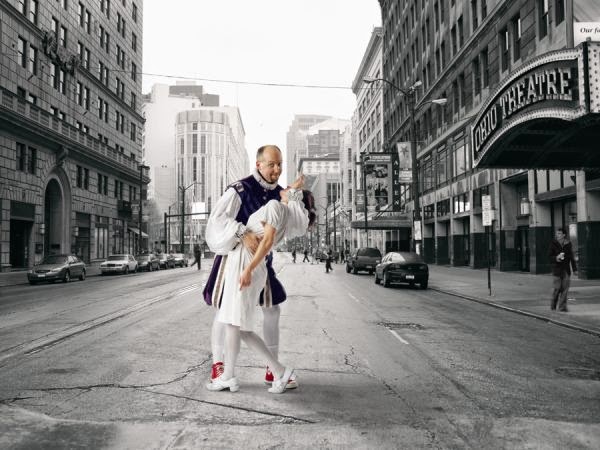 This picture is truly surprising. Taken eight years ago for the Great Lakes Theater season brochure, the theme was "re-imagining a classic" and so here is Mr. Shakespeare holding the V-J Day nurse (Elizabeth A. Davis) only it's not Times Square, it's Euclid Avenue.

Full color people, black and white photo -- black and white like the Eisenstaedt photo, but today it just looks like another gray day in Cleveland. This is what Playhouse Square looked like when I began working out of the GLT office in the Bulkley Building.

Only eight years ago, and Playhouse Square was still pretty vacant. But that was about to change.

This picture was taken before the RTA HealthLine and accompanying street and sidewalk renovations. Before the IdeaCenter, Cleveland State University and Zack Bruell moved into all the empty space between my office and East 13th Street. Before we were joined by Cleveland Play House, and Great Lakes' move to the Hanna Theatre.

For years, it seemed the coffee shop on the ground floor was changing management every few months. MOKO has been there for five years. And all this change was well before the residences in the Hanna opened, and every day more and more signage and branding is being erected all over  Playhouse Square in anticipation of Dazzle the District on May 2, 2014. 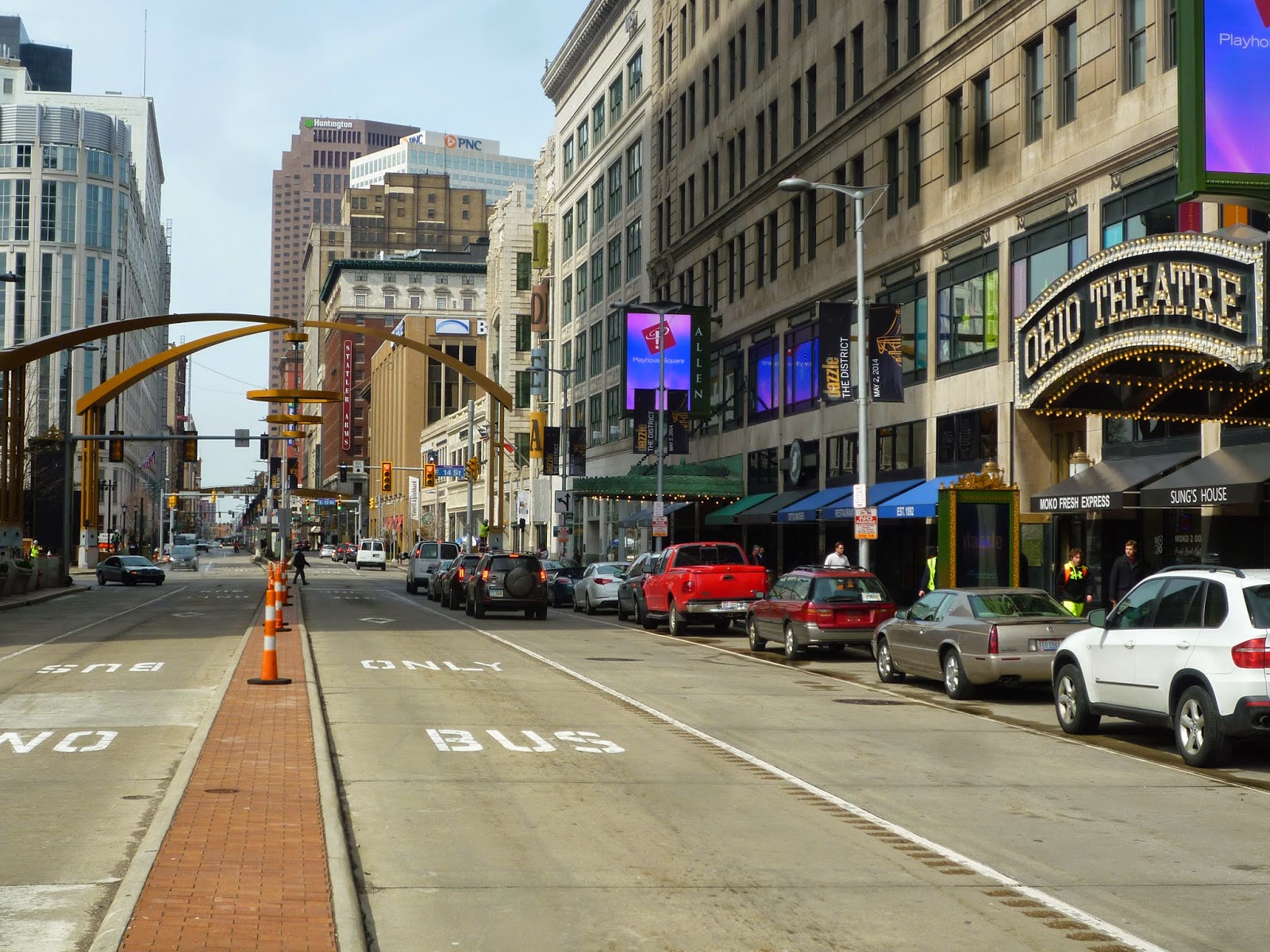 The "dead zone" between East 13th and East 9th Street continues to shrink, with pockets of new business and housing, and I hold out hope that one day we will once again have a vibrant Euclid Avenue which stretches from Cleveland State to Public Square without interruption.

For now, Cleveland's Playhouse Square theater district is a place I am very proud to say I work.
Posted by pengo at 12:24 PM