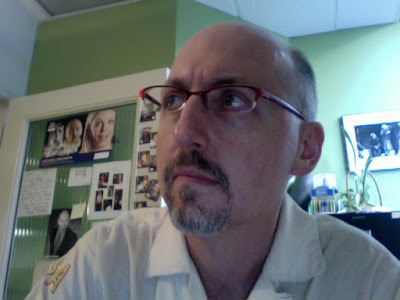 The goal is adapting a ninety year-old mystery novel into a one-hour performance with one set and five actors. As two men must be onstage, interacting with all of the other characters a lot, that means two men playing one character each, and one man and two women playing everyone else.

The “everyone else” can’t be too few people, the few the characters, the fewer the suspects. I already conflated a large number of characters, or had their actions take place off-stage. Even the victim is never seen, and why not, no one cares about the victim, only who the murderer is and how he or she did it.

Until last night, when it was illustrated that each makes only one entrance, and don’t contribute anything at all to the plot. So they are cut. Et voila!

So happy that my readers were interested by the plot, and the characters. Whew. There are a few characters who have not yet captured the readers’ interest, I can work with that. The entire read-through took one hour and ten minutes -- so I need to cut NO LESS THAN twenty minutes from its length.

And I can do that.

My apologies for being cryptic. All will be revealed.
Posted by pengo at 8:17 PM