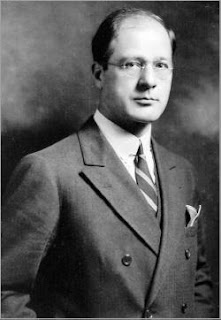 The best thing that can be said of him is that without his tireless effort to lick Hitler's butt-crack, Jesse Owens would not have had the opportunity to be an Olympic legend. This is ironic, because Brundage was also a tireless racist.


"The fact that no Jews have been named so far as to compete for Germany doesn't necessarily mean That they have been descriminated against on that score. In forty years of Olympic history, I doubt if the number of Jewish athletes competing from all nations totaled one percent of those in the games. In fact, I believe one-half of one percent would be a high percentage." - Avery Brundage, July 26, 1935

Among other accomplishments, Brundage struggled to keep Jim Thorpe from having his Olympic medals posthumously returned. While this may have had nothing at all to do with the fact that Thorpe kicked Brundage's ass in the decathalon and the pentathalon in the 1912 games, though it is a documented fact that Brundage was the one who reported Thorpe's paid exhibition baseball games to the Olympic committee.

Brundage had a soft spot for totalitarian regimes - Fascist and Communist - arguing against boycotting the 1936 Winter and Summer Games in Germany, or later as IOC President opposing the Eastern Bloc tradition of paying their athletes (because as he said, it was their way of life) while stringently opposing professional athletes in the West.

And women. He believed women should not be Olympic athletes. Avery Brundage was all kinds of asshole.
Posted by pengo at 8:19 PM