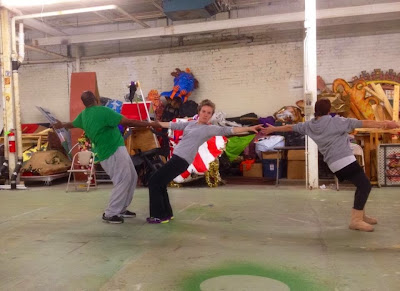 I was once an actor for an amateur Shakespearean repertory company. It wasn't a repertory company, per se -- there were virtually no actors playing in both productions, but the shows were going to be performed in repertory, if you follow me.

First night of rehearsal both companies came together for pretty much the only time, to meet and greet. The director of our production made his remarks, stating that he wanted this production to be different, that this would be a true "ensemble" of performers, working together to create this momentous work.

The other director began his remarks by announcing that unlike his colleague director's "ensemble" approach, he fully intended his production to consist of a company of insufferable divas.

Funny is funny, but point taken, and I have been careful not to casually throw the word ensemble around ever since. All acting companies can be called an ensemble, but what, as a director, do you mean when you claim some kind of unique intention to create one? 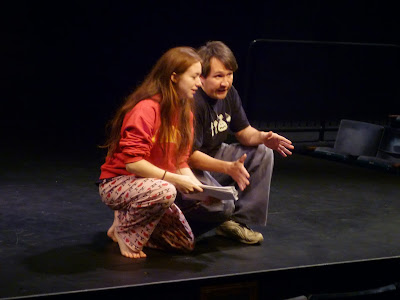 What we create as playwrights for Talespinner is what Ali calls a guide script. I entered into this process with the complete understanding that what I wrote could be used in any manner she saw fit. This was actually very liberating in writing it. A playwright shouldn't worry very much as to the practicality of what they are writing (one of my favorite playwrights included a stage direction stated flatly that a woman pour the color blue out her shoe) but in this case I worried even less. Whatever I wanted to have happen, happens, and let Ali figure it out.

However, the extent to which she allows -- encourages -- her acting company to participate in the decision-making process is ego-shatteringly breathtaking. The first rehearsal following the first read-through, every company member (not just the actors) were expected to give a brief presentation of what they wanted. Everything was on the table, how would they produce this play, what did they want to see? She reserves the right to say no, of course. More often, however, I hear the word yes. 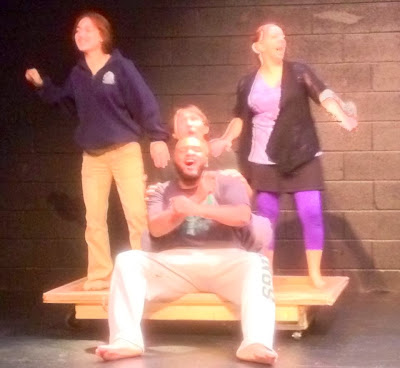 Come take a trip in my airship!

This kind of free-agency on the part of an actor is presumably what most actors want. One or two rehearsal reports have included the news that a line or two has been cut. I have not been asked whether or not this is okay, but I can tell you that it is, because I agreed that it would be.

Check the ADVENTURES IN SLUMBERLAND Facebook invitation.
Posted by pengo at 10:11 PM