On the Dark Side of Twilight: Kendal at Oberlin 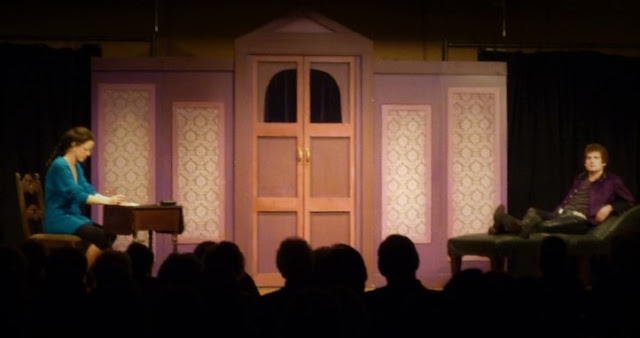 Man. That was the longest load out we've done. The three of us have gotten load-out to a science, and with assistance we can get it done in about an hour. Tonight I think we clocked in a 1:45. Just taking it easy. Because honestly, and just between the two of us, we're a little tired. 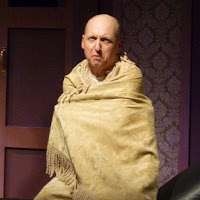 Tonight we were hosted by Kendal at Oberlin, and thank you, Kendal! We had a sizable crowd, apparently there are those of a certain age who have been turned off by the promotional materials, not just here but at other retirement communities. This is a good thing, I think, because I'd rather people knew what they were in for.

However, there were a larger than normal number of people who came from the surrounding community to attend the show. You know who I mean. TEENAGERS!!!

Or maybe college students. Fans of Twilight. There was one guy there who raised his hand admitting he'd read the book. I was proud of him.

And the table lives! Life is good. We even got dinner, ordered from a menu! Thanks again, Kendal.

Email ThisBlogThis!Share to TwitterShare to FacebookShare to Pinterest
Labels: Great Lakes Theater, Kendal at Oberlin, On the Dark Side of Twilight