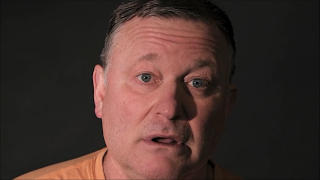 Monologues are a conundrum. I am not a big monologue guy. There are few monologues in my plays, unless you count my monodramas, which are technically one big monologue.

As a director and arts education administrator, I have to watch a lot of monologues. Today should have been our annual audition for actor-teachers for the residency program. Instead it is the deadline for people to provide video auditions for same.

Video auditions are almost uniquely terrible, the worst possible way for an actor to make a first impression. But then, so are monologues in general. Actors have to be themselves and greet you, then "take a moment" and suddenly be someone else. That person is usually angry, or upset, or deadly earnest. Out of nowhere.

It's not fair, it's a terrible way to determine someone's talent, but we got a lot of people to see here and very little time. So there you are.

There are lots of books of monologues, pieces not taken from plays but written to be stand-alone monologues. Those might make for good performance pieces but they aren't very good for auditions. You can pretty much tell them for what they are. They usually feature very loopy or silly character, or if written for teens, way too emotional. They aren't fully developed, because they aren't part of a larger thought-out story.

I hadn't intended any of the three monologues featured here to be monologues, they just happened to feature one individual talking. Two of them are from the point of view of animals. "Cactus" might be very different interpreted by a male-identified actor.

And, hey. Feel free to use any of them at your next audition.