7up "United We Stand" Cans 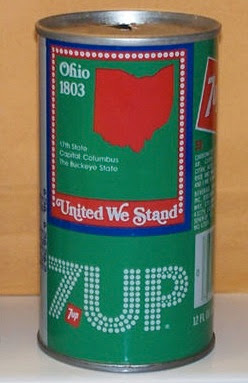 Anyone who has seen Dazed and Confused knows the Bicentennial was hardly 24-hour patriot extravaganzas and colonial soap-making workshops, although there was a lot of that. No, it was still the mid-70s, President Gerald Ford was the only un-elected President in American history* we were in economic doldrums and were still reeling from the end of the Vietnam War.

How best then to regain a sense of pride and uplifting nationalism? Bicentennial branding!

7*UP released a limited edition of cans, each featuring one of the fifty states on one side, and on the other side a cryptic, seemly random series of 7UPs in red or blue on white background.

Collect them all - one featured a key for how to stack the cans - and you were treated to an optical illusion of a certain American icon! Collecting and stacking empty beer cans was a national hobby at the time, why not stack cans and celebrate our freedoms at the same time?

My brother Henrik collected all fifty. He didn't buy them all, he asked the guys at Village Pizza (two doors down from Bay Lanes) to hang onto empties anyone left around the place, and he would collect and wash them. I still have all 50 stored in my attic. I have no idea how rusted these steel cans may be, I have no looked for them in quite a while. I did find a complete collection on eBay going for $425. 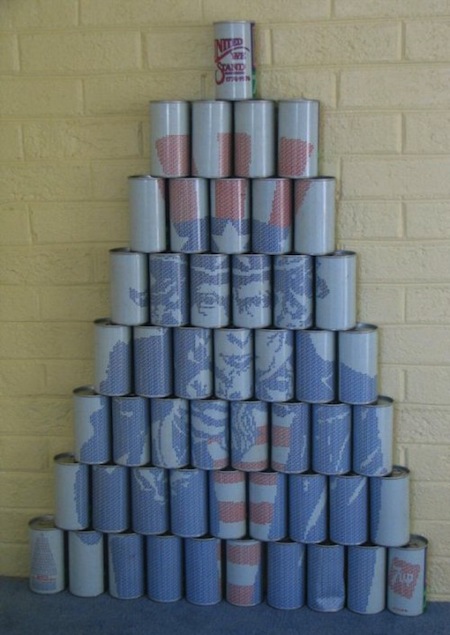