The Name of the Game (song) 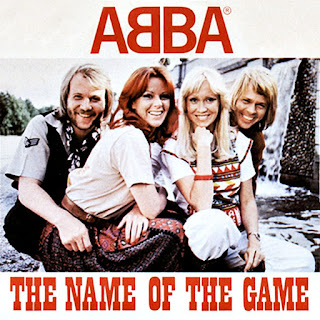 The Name of the Game was released in October, 1977. The first single from the ABBA album ABBA: The Album, it reached number 12 in the United States, and (I was unaware of this until I read the Wikipedia entry) the distinctive bass line was inspired by Stevie Wonder’s I Wish.

I was nine years old in late 1977. What I find amazing is that even at that young age, I knew exactly what the song was about: A young, self-conscious woman (we will say she, the lyrics are sung by self-identifying women) making an appeal to an apparently worldly, probably older man (we will call this person he) a man with whom she has made an emotional connection, to please be honest about what is happening between them.

However, the real impact of this song cannot be understood in the shorter, 3:58 version which was the American radio edit, which omits the entire second verse. I had the album, it was the first pop record I ever bought, so I was aware of the difference.

I have already described what it was like growing up, consuming the pop culture of the late 1970s. I had created for myself a somewhat dark image of adult interpersonal relationships. My parents might be square, but my own adulthood would apparently be one of mistrust, and fleeting, furtive coupling.

This song, especially, in its complete 4:51 album version, affirmed and confirmed this theory. The first verse marks her as insecure, and describes her disbelief that anyone would pay her any attention at all. 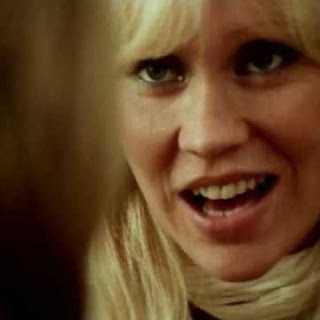 The second verse, however, makes her sound almost pathetic, as though she thinks of herself as some kind of social outcast.


I have no friends, no-one to see
And I am never invited
Now I am here, talking to you
No wonder I get excited

Because there is a second verse, the heights of the chorus is abruptly brought back down to Stevie Wonder’s pilfered, down-beat bass line. The lyrics then dive so much deeper into the narrator’s personal insecurities, which become even more pronounced, and her surprise that this beautiful mentor has focused his attention on this neophyte, out of an entire crowd.

Her complete shock at this development leads her to ask, “would you laugh at me, if I said I care for you?” That’s a special kind of fear, and now instead of asking for the ground rules of the game, she now sounds afraid it’s just a game. Is he using her? Can he be serious?

Again, at the age of nine, I got this. I understood it. And even then I was worried I might one day be treated the way she is.

As a child it never occurred to me that I could be the one who treats someone else that way.

Which is all to say, I am entirely unhappy with the manner in which this song is employed in the musical Mamma Mia! Altering the lyrics somewhat, it becomes a somewhat creepy plea from a young woman asking an older man if he is not, in fact, her biological father. So glad they didn't use it in the movie.

I have said too much.