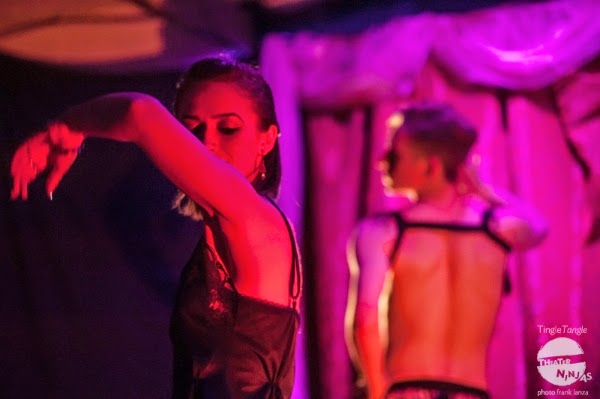 My appreciation of Weimar Republic culture grew very slowly during the 1990s, from witnessing a revival of the Degenerate Art Exhibit in Los Angeles in 1991 to my (then) girlfriend’s decision on our first day together in London in 1997 to get tickets for an evening of cabaret songs.

Earlier that year we had visited the U.S. Holocaust Museum in D.C. which included a special display on the Berlin Olympics, beginning my fascination with that event, and Cleveland’s connection to it.

In 1998, the day after the Starr Report was published in the New York Times, we saw Sam Mendes’ Cabaret on Broadway. These two events are not unrelated in my mind. It was the first time I had ever seen any stage version of Cabaret, witnessing that with some semblance of historical context was not unappreciated.

(The 2000s were not Hitler’s Germany, however the Starr Report was an indication of the kind of casual Fascism that has become mainstream in today’s political-entertainment culture. Tsk tsk. Shame shame. We do not murder those who threaten us anymore, we mock them to the point of irrelevancy.)

To truly appreciate the music of Cabaret, you must understand what was being emulated. And it was a delightful surprise to learn, thanks to the remarkable and almost supernatural stylings of Ms. Lemper, how risqué and gay the Weimar Republic was, and far and away more overt than the Kander and Ebb musical it inspired.

The song Two Ladies is kinky when Joel Gray’s Emcee sings it with two women, as in the 1966 original. New boundaries were crossed when Alan Cumming’s Emcee first performed the song with one woman and one man in the 1993 revival. But it’s still one big double entendre.

However, when Ute sang Das Lila Lied or The Lavender Song (slipping in and out of German, she apologized in advance, she does that) you see a woman bravely announcing she is “queer and different” and boldly challenging her oppressors:


Round us all up, send us away
that's what you'd really like to do
But we're too strong, proud, unafraid
In fact we almost pity you
You act from fear, why should that be
What is it that you are frightened of
The way that we dress
The way that we meet
The fact that you cannot destroy our love
We're going to win our rights
To lavender days and nights

Cabaret’s Emcee is brash and obnoxious, to be sure, but he never had the stones to get into anyone’s face like that.

In Thursday evening’s performance of TingleTangle, Ray Caspio performs The Lavender Song quite differently, as a rock song, and using a microphone literally gets into the faces of the audience with this bravely defiant gay anthem.

TingleTangle is the latest production from Theater Ninjas, Ray Caspio is the Assoc. Artistic Director of the company, and this piece is both a very personal collection of stories and also a number of hilarious and sometimes beautiful cabaret sketches. The show is going on now at Guide To Kulchur.

Earlier this year my (now) wife introduce me to GTK, home to second hand books and zines -- remember zines? -- located in a Gordon Square storefront, adjacent to the Capitol Theatre on West 65th. Like all the best bookstores, it is small on ground level but features a large basement full of moe stuff.


The basement is your average, unfinished urban basement. Cement floors, brick walls. They have readings in what they call the “Sally Tatnall Black Box”. It’s homely state reminded me of personal episodes from mid-90s Tremont. Installations, happenings. It’s the kind of location I would like to see something theatrical “take place” in.

So of course I was thrilled to discover the Ninjas would be satisfying my desires with this production. They have created a neat little cabaret stage, crammed into one corner of the space, more than or only just enough room for their company of six to perform.

Just a brief description of TingleTangle (because there are many surprises and it is not my desire to ruin any of them) and that is that the show is about two things: Sex and Ray.  Not the two together (though that does come up) but that there is a great deal to Ray Caspio which is revealed in this production through his sincere storytelling, and then there's a lot of hilarious songs and comedy pieces about sex. And those are two things I would never have expected.

Much of the personal material has to do with nothing so well-traveled as being gay. We live in a strange time, when marriage equality is an all but done deal in the U.S. (save the Deep South and, you know ... OHIO) and where the Cleveland Play House could rally all the local theater companies together to mount a staged reading of the politically charged play 8, only to have the appointed performance date fall less than a week after a Supreme Court decision had reversed Proposition 8.

This is not the Weimar Republic, and gays living openly will not be forced back into the closet. We have all come too far for that.

And yet. What do I know? What do I know about living openly? Nothing, I know nothing. What I do know comes to me from friends and colleagues and co-workers and storytellers. An hour into the show the lights came up and everyone was quiet and I was the first one to stand because I guess I thought the show was over. On my way out of the space one of their people said softly, "The intermission will be ten minutes," and I was so relieved because I didn't want it to be over. 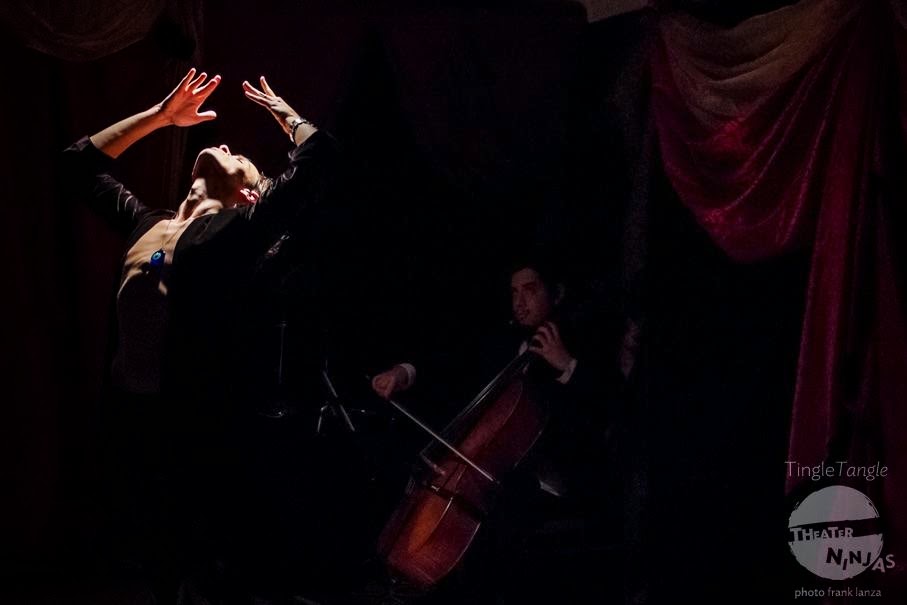 TingleTangle continues through November 15.
Posted by pengo at 11:26 PM