The Great Globe Itself: Original Pronunciation 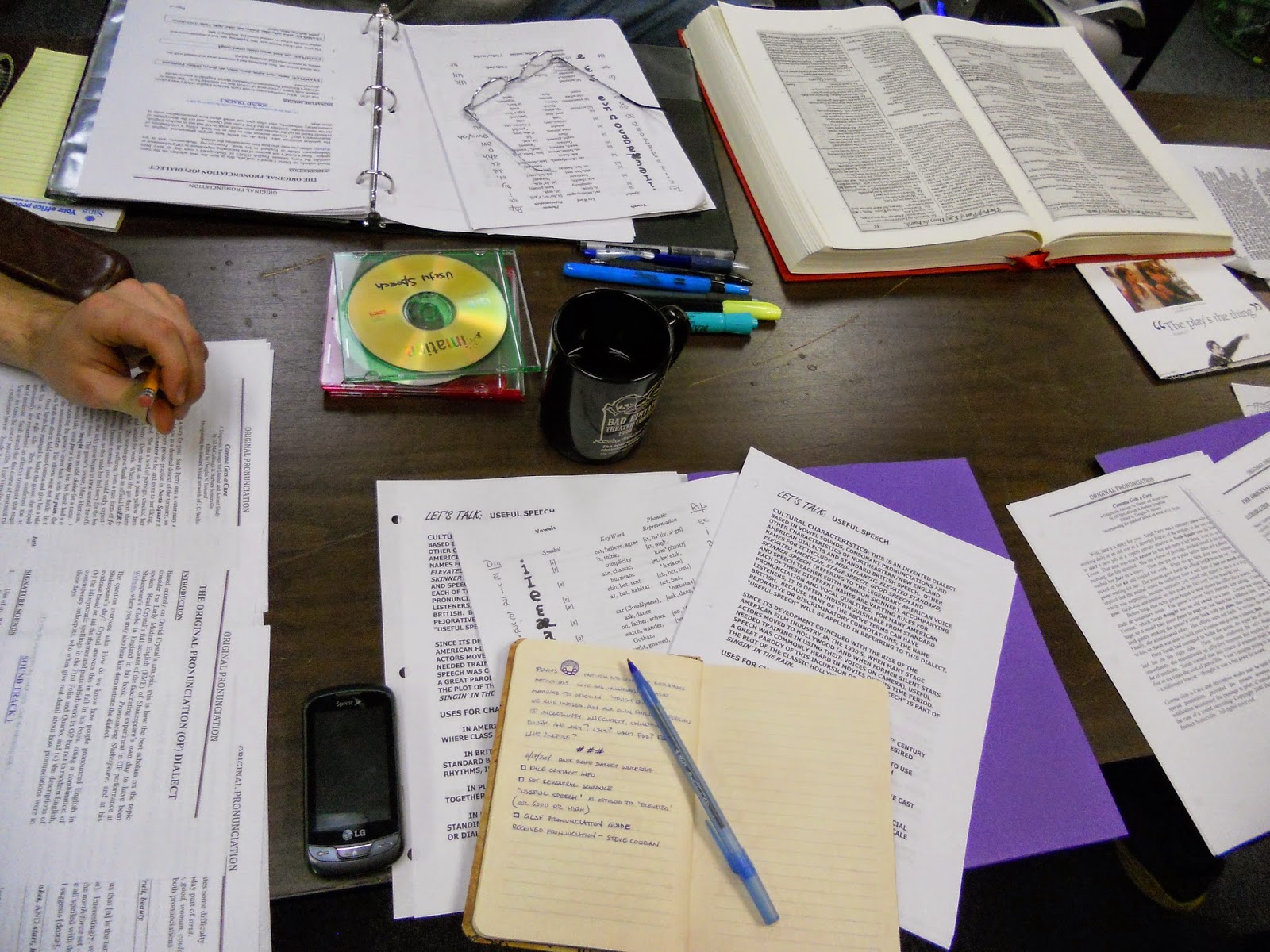 Original Pronunciation is a practical, theatrical theory. We do not know what the people in Shakespeare's time sounded like. In America, there are those who believe that Shakespeare is only proper when performed in a British accent. However, there are many British accents today, and even Received English (the accent you must use when being "received" by British royalty, I heard Steve Coogan explain that once on NPR) was entirely fabricated.

David Crystal, linguist, author and scholar, working in collaboration with his son, the actor Ben Crystal, used texts from the period to divine what that "original" dialect might have been.

Take for example, Sonnet 116 (which was read at our wedding) which begins Let me not to the marriage of true minds admit impediments ...


Love's not Time's fool, though rosy lips and cheeks
Within his bending sickle's compass come;
Love alters not with his brief hours and weeks,
But bears it out even to the edge of doom.
If this be error and upon me proved,
I never writ, nor no man ever loved.

Those are meant to be rhyming couples. But no modern American nor British dialect can twin the words come and doom, nor proved and loved in rhyme. And having decided to make them rhyme, which word are we rhyming with? Is it coom and doom or come and dumb?

By taking contemporary examples of how words were used, and what they meant at that time, the Crystal's constructed a "new" dialect which makes much better sense of Elizabethan prose and poetry.

They explain it much better here:

The Great Globe Itself takes place at three different periods in history, one of them 1613 England. It was decided to bring in a dialect coach to make distinct character voices for each of these time periods. I asked my friend Chuck Richie (Kent State professor, retired) to come work with our actors - Arthur, James and Kyle - to create voices not only in OP, but also Depression-era Midwest and modern-day London.

In the past, Chuck has worked with me to create voices for several tours, including a Brooklyn-raised Arthur Miller for Seeing Red, a Romanian Count for On the Dark Side of Twilight, and course, Belgian for Poirot.

We all met Monday evening in the rehearsal hall, Chuck providing a great deal of interesting material on OP, first receiving a primer in IPA (International Phonetic Alphabet) and then being led through several recordings based on the work of David Crystal.

Finally, the actors just leapt into the script. It was delightful to hear the first scene, or part of it, anyway, read in the tongue in which I had attempted write it. True, our actors were going a bit fast, trying to approximate the speed in which it must eventually be performed, there were moments when I wanted to pull the reins and go back and cover certain words and phrases, but generally let it go. I was itching to direct.

Rehearsal for The Globe don't even begin until mid-February. But I am relieved to have these materials in the boys' hands. We've started already.
Posted by pengo at 3:08 PM