View from the Old Globe Theatre

Standing at the site of the Midway, observing the Coast Guard station parking lot where the Old Globe Theatre once stood, adjacent to a still, man-made inlet on North Coast Harbor, it is not difficult to imagine why many recalled these Shakespeare performances carrying with them the stench of dead fish.

The Old Globe was at the entrance to The Midway, (which Press columnist Winsor French described, “as honky-tonk as Coney island”) across a watery inlet from several kiddie rides, and across the street from numerous attractions. 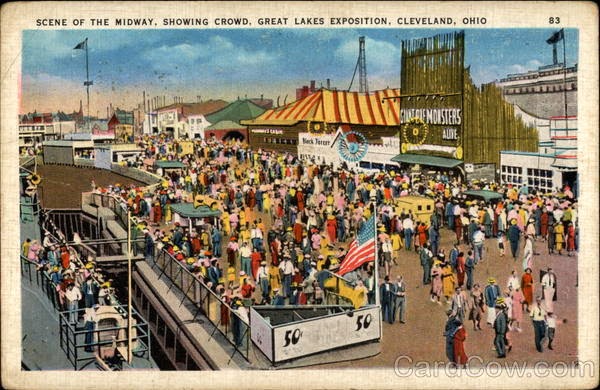 From the front door of the Old Globe, you might see:
You also might see ... YOURSELF, on an electronic "television" screen! What will they think up next?