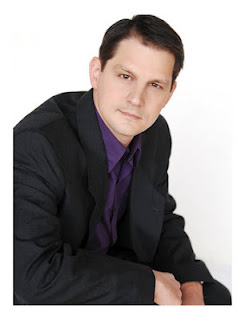 I first met Nick Koesters (b. February 9, 1971) after a performance of Eight Impressions of a Lunatic, in which I played the part of Edouard Manet.  A mutual friend had pointed him out to me before, to me he looked like a dirty hippie with long black hair and desperate-looking eyes.  When he stepped to me I thought he was going to take a swing at me or something and I was ready to duck behind Allen Branstein (which is a trick, let me tell you) and scream for Tracey to protect me, but instead Nick just told me how amazing he thought I was in the show.  I thought he was going to cry.  I had like, two lines in that show, but he was right, I was incredible.  I thanked him and worried about the future.

Nick was a member of Kaiser Permanante’s educational outreach tours at that time, and maybe we never would have done a show together (after one particularly difficult party at Jill’s place on Hampshire he was high as a monster and spent about an hour pitching this sketch improv show at me while I gazed longingly at the front door) only Bohan was got a job with Great Lakes (Jesus) and stepped out of Bad Epitaph Theater Company’s production of Wendy McLeod’s Sin.  Bohan was playing Sloth, I was cast as Envy.  So the director asked me to play Sloth, and brought Nick in for Envy. 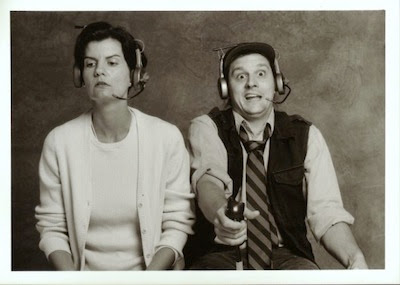 This made no sense to me - I was perfect for Envy, I am Envy.  But I hadn’t really gotten to know Nick.  I thought he was dopey and sweet, but he has a deadly mean streak. After a performance one night I asked him to keep it down as he railed backstage about this asshole in the front row who had the nerve to bring a dog into the audience, being blind is no fucking excuse.

“Hey, don’t bad mouth our audience,” I said. I was the artistic director of the company. I thought it was important to keep it cool, especially as we were performing in a dinky art gallery and I was horrified the blind guy or his dog might hear him.

Nick snapped off my jaw and pulled out my spine through my mouth.

That night Nick, Al and I had our first read-through at the Beck Center for The Compleat Wrks of Wllm Shkspr (abridged), the best production of that stupid play ever produced. They called us the next Reuben & Dorothy.

(It'll Be Fine When You Reach) Cloud Nine

I wrung as much work out of him as possible before he went Equity and I would be forced to pay him.

After that he was forced to stage manage and direct for him. God, I worked him like a dog.  He was an ardent supporter of the I Hate This project and was my first stage manager for that production, taking it to the Minnesota Fringe with me where he caught Gwen Hairy Gwen Gloss and asked to direct it with BETC. 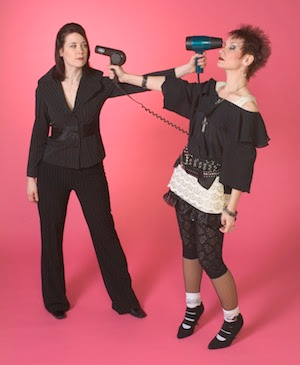 Let’s see, how else did I use Nick … he was Laertes in that production of Sarah Morton’s Hamlet I directed … and in all of my radio dramas for WCPN, I Hate This, The Machine Stops and Fortitude.  We were also naked on the radio together.  That was a special time. Naked.

Since then he has been too busy acting in real shows where people pay him money and stuff. And I have been distressed to discover that in my absence he’s gotten … really good.  Saw him in three shows this year, Innoculations, Side Effects May Include and My Barking Dog.  It’s the best work I’ve ever seen him do.  Amazing. Christ, he’s focused.  Daniel says he could watch Nick watch TV for hours.  Did you miss My Barking Dog?  You suck.

So, of course, he's leaving.  Not dead, leaving.  He was offered a position with a real company to do real acting in Virginia, a real state.  I wish him luck.  Because I've seen him naked, and he needs all the luck he can get.

ALSO: Why Nick Koesters Is A Genius
Posted by pengo at 10:53 PM