The Short Play Project: Acting With Myself Series 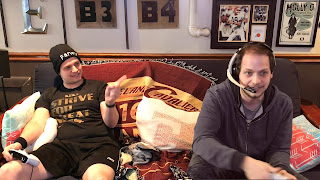 The world has moved on. I have not received a short play project video submission for some time. People have focused on other porjects, and so have I.

The novelty of creating drama at a distance has cooled somewhat. We're still doing it, of course. But now it is summer, and we have expanded our ideas of what that means. Perhaps as cool weather sets in this will change. But don't talk to me about the future.

When I first put out a call for artists to create short videos from my play scripts, the monologues went pretty fast. Not everyone was shelrting in place with another actor, or with anyone at all.

Several entries created a some kind of work around, and here are three examples of those. Lynna Metrisin chose the high school Thespian "Forensics" route, performing both roles on her own at the same time. Patrick Gladish used editing to play twin disaffected hipsters.

Eric Fancher employed a very subtle split screen and headsets to play against himself in what appears to be a single take. Check them out.

You can watch the entire Short Play Project here.
Posted by pengo at 12:00 AM