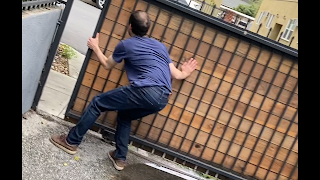 No one wants to announce favorites among their children. Everyone who has taken one of my play scripts and recorded it for video has brought joy to me, and hopefully provided them artistic satisfaction during this time of social isolation.

However, there are a few who spent a great deal of time and talent, creating fantastic costumes, providing soundscapes and music, and engaging their cinematographer colleagues to create the kind of short film that is worthy of submission to a festival (and don't think we aren't talking about it.)

Three I would like to highlight here, and they are not the only three, feature interpretations of the text I have written that take them into an entirely other directions, featuring animation, sound design, and real live cats.

Other amazing short films include Creation, Consent, and many more you can find on the complete Short Play Project Playlist.
Posted by pengo at 12:00 AM