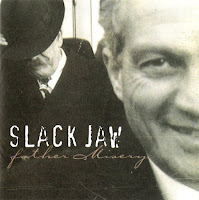 "I put the tree up last night,
And all the lights are blue."

What is the allure of the sad or bittersweet holiday song? Why do we enjoy them so?

Perhaps I should ask myself why I do.

Your Christmas songs can fall into several categories; the properly religious carol, the Santa-oriented song for children, the playful wintertime love song, and the song of heartbreak, disappointment and disillusionment.

Then there’s Fairytale of New York which is all of those in one number, which is why its the greatest Christmas song of all time.

There were many Decembers in my youth when I had no romantic partner at the holidays, and that’s fine, not perfect. People can be happily unattached. But I can think of two Christmases in particular when I was in the process of grieving a relationship and it was at those moments that the cold was so much colder.

I always listen to music to alter or enhance my mood, but it is at moments of great unhappiness that song becomes much more potent, and sad music acts as a palliative remedy. But why? How does that work, poking the wound?

Look at it this way, the converse makes no sense -- listening to happy music when despondent doesn’t make any sense. It almost seems cruel. It’s unwanted.

But a song of heartbreak is sympathetic. It communicates understanding. It means you’re not crazy, not alone. There’s someone out there who knows what you’re going through -- even better, they made a great melody out of it.

In 1992 there was a holiday single on WENZ by the band Slack Jaw (also once known as Rust) called Christmastime in Painesville.

A timely, jangly number, reminiscent of Reckoning-era R.E.M. If you’re not from the Cleveland area you’ve probably never heard it, because not only is it a holiday song, but a local holiday song, name-checking cities like Painesville, Strongsville, and, uh. Yeah. Painesville and Strongsville.

Once you get past the novelty of those local references, it’s still a wistful, heart-tugging period pop song, and I never get tired of it. My favorite recording of it is from a holiday rock show at Cleveland Public Theatre though that’s probably because I was there. I was young, in love, and very, very troubled.

And that’s what Christmas is all about, Charlie Brown.