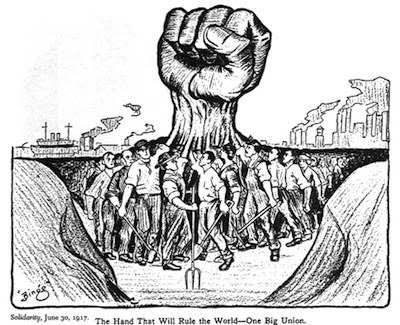 The Ohio Criminal Syndicalism statute made it a crime to advocate "the duty, necessity, or propriety of crime, sabotage, violence, or unlawful methods of terrorism as a means of accomplishing industrial or political reform" and to "voluntarily assemble with any society, group, or assemblage of persons formed to teach or advocate the doctrines of criminal syndicalism."

(syndicalism: n. A radical political movement that advocates bringing industry and government under the control of federations of labor unions by the use of direct action, such as general strikes and sabotage.)


The Ohio Criminal Syndicalism Statute was enacted in 1919. In 1927, this Court sustained the constitutionality of California's Criminal Syndicalism Act, the text of which is quite similar to that of the laws of Ohio. Whitney v. California, 274 U.S. 357 (1927). The Court upheld the statute on the ground that, without more, "advocating" violent means to effect political and economic change involves such danger to the security of the State that the State may outlaw it. - UMCK website, Brandenburg v. Ohio 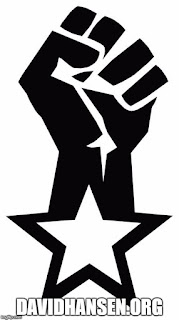 Following the Great War, an anti-communist movement called the First Red Scare began to spread across America. As a result of the 1917 Soviet Revolution, Russia pulled out of WWI which many allies saw as a betrayal. Also, as the Russian Revolution was a violent overthrow of a government, and the ideology of communism called for expansion, it was feared by the establishment that the working underclass may be inspired to revolt anywhere.

These fears were also fueled by the thousands of immigrants coming to America every day, especially from the Southern and Eastern European states.

The Ohio Criminal Syndicalism Act sought to penalize that which is merely advocacy - which is to say, free speech.


Between 1951 and 1954, the Ohio Un-American Activities Committee, headed by House member Samuel Devine, questioned forty Ohioans, asking each person, "Right now, are you an active member of the Communist Party?" Every person refused to answer, citing the Fifth Amendment of the United States Constitution, which protects Americans against self-incrimination. Most of the accused were college students or people during the 1930s who advocated socialist or communist programs to end the Great Depression. Various grand juries eventually indicted the forty people, with fifteen of these accused being convicted for supporting communism.

In 1952, the Ohio Un-American Activities Committee contended that 1,300 Ohioans were members of the Communist Party. Approximately seven hundred of these people supposedly resided near Cleveland and worked in various industrial occupations, while four hundred more resided in other northern Ohio cities. Only two hundred communists supposedly resided in central and southern parts of the state. - Ohio History Central

It should come as no surprise to the more cynical among us that the Ohio Criminal Syndicalism Act was not struck down as unconstitutional by the Supreme Court until 1969 - in the defense of a Clarence Brandenburg, the leader of a Hamilton County-based chapter of the Ku Klux Klan.