“And there sat in a window a certain young man being fallen into a deep sleep: and as Paul was long preaching, he sunk down with sleep, and fell down from the third loft, and was taken up dead.” - Acts of the Apostles 20:9 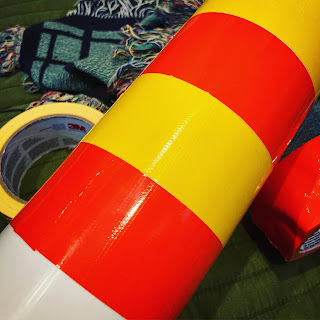 This week I turned in my spooky short story. It’s a week early, but I have so many projects spinning all at once I wanted to complete my edit of this, the first draft, and get it out of here so I wouldn’t look at it any more. My vignette written in the manner of Richard Wright is close to where I need it to be for evaluation but I want to keep looking at that one.

Because of these other two classes, it had been a while since I had thought about my playwriting workshop. I had gotten out so far ahead with that I was able to let it sit for a while. My wife is out of town visiting relatives, so I spent the entire day yesterday looking over the script, rearranging the sequence in which things happen. We will read more pages of that tomorrow night.

I was actually a little melancholy yesterday, I made overtures to my kids to spend some time but they were both totally engaged with friends, either online (him) or in person (her). So I just kept diddling with the script, weighing in as one does these days on social media, and crafting a seven foot pipe for the safe distribution of candy on Halloween. It’s really cool, with orange and yellow stripes, like this giant, Tim Burton, Willy Wonka, candy corn colored bendy straw.

This morning was an interesting experiment as I tried to write stage violence into this piece but wasn’t sure what was most appropriate, necessary, and most of all realistic. I can say, however, that I have successfully employed both Chekhov’s letter and Chekhov’s chocolate cake. And if you don’t know what that means, you've not been doing your homework.
Posted by pengo at 10:30 AM