One From the Heart (album)

“I should go out and honk the horn,
It’s Independence Day.
Instead I just pour myself a drink.”
- This One’s From the Heart, Tom Waits & Crystal Gayle 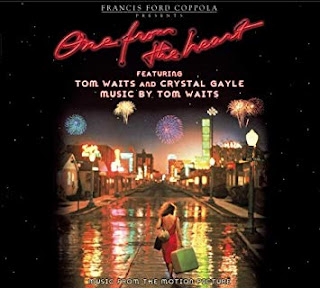 Twenty-five years ago and shortly after I got married (the first time) I craft myself a mixtape. I do not need to explain what a mixtape is, Nick Hornby did so most eloquently in High Fidelity. Needless to say, there are the tapes you made for yourself, and those you made for others. This one was for me.

Mixtapes took time in a way playlists do not, because they needed to be edited in real time. You had to play the song all the way through to get it on tape. You had to listen to it that way, too. There was also a mystery to the duration of the side, and how many songs you could get on it … unless your new bride was a programmer and made you a special time calculator, which she was and she had.

My urge for this particular mixtape was to create a melancholy mix of every song that hurt. If it was not a song which in the playing humiliated me, and deeply, then it had no place on the cassette. The cover art is made of lines of handwriting, photocopied from some of the most painful letters I had ever received from lovers or friends. The tape was titled, “pathetic.”

I made this tape for myself in January 1993. I had been married for less than two months.


“I can’t tell, is that a siren or a saxophone?”
- This One’s From the Heart, Tom Waits & Crystal Gayle

July 4, 1981. Not yet thirteen, crazy about girls since I was at least ten, at the annual Independence Day carnival celebration in my hometown I made a connection with the one who would soon become my first true girlfriend. Soon, but not yet.

Emboldened by my first kiss, I spent the summer flirting with other girls, too. I decided I wasn’t exactly the creep I always thought I was, and it was a new world, writing letters, straining to express desire and interest without knowing the words.

I had my own soundtrack then, too. A cassette of singles I had purchased over the months from Kmart. They were the songs of the corporate radio machine, so even though my memory of the summer of ‘81 includes masculine pop classics like Hall & Oates “You Make My Dreams” and “Jessie’s Girl” the tunes on my playlist were prefab nonsense like “Hooked On Classics” and “Stars on 45.”

As with so many things, I was never very good at knowing exactly what good taste in music was. This was always something I relied on girls to teach me. 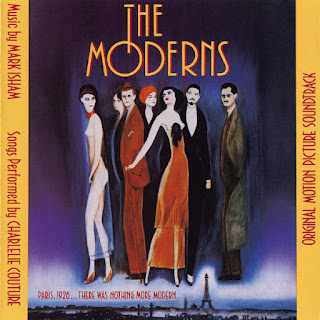 One woman I knew had a term for when you tell a story so many times you put yourself into the story and believe that you had actually been there; she called it an “in vitro experience.” And so it is with the music that means so much to the people that I get close to, and my love for them imprints this music on my heart so deeply that even when they are gone, and my connection between them and the music in question has faded deeply into the background, my own affection for the music remains as though I had discovered it myself.

First she played me “Nothing Looks the Same in the Light.” Later, she taught me what it means.

He played the soundtrack to The Moderns so often, I had created an entire screenplay in my head years before I had ever seen it. My version was darker.

Then there was the one with whom I often shred a bed, but no kisses. At bedtime, they would often play One From the Heart, a collection of songs by Tom Waits and Crystal Gayle written for a film by Francis Ford Coppola. It was in joining them in this practice (more than once) that this entire record became one I still need to listen to all the way through, that it doesn’t even exist to me as individual songs, only endless night whispers and thwarted fumbling.

Sometimes I feel as though I have absolutely no personality of my own, that I am merely a hollow vessel, devoid of spirit, emotion, or understanding, filled to overflowing with the memories, thoughts, ideas and passions of others. My great hope is that my interpretation and redirection of all of these compelling and competing narratives has somehow held within them any spark of originality.

Happy Independence Day.
Posted by pengo at 9:21 AM