WCLV Marathon for the Cleveland Orchestra 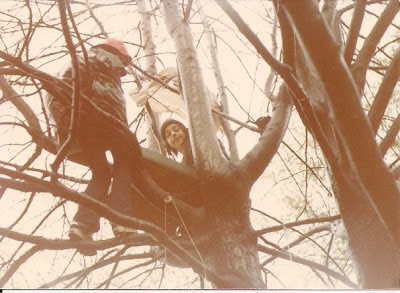 Spring, 1970 - Cleveland's classic music station, WCLV 95 FM conducted its first on-air marathon to raise money for the Cleveland Orchestra. The goal was $10,000 which they raised handily within 24 hours.

The goal for their eighth marathon (1977) was $125,000.  That seems so modest by today's standards, when the Cleveland Orchestra's 2012 operating budget is $42M. But as today, the recession hit performing arts organizations very hard, and public fund-raisers like this not only raise necessary funds, but "demonstrates the wide support of the orchestra by thousands of people who may never set foot in Severance Hall," said (then) WCLV vice president and program manager Robert Conrad.

Hitting the east side and west side, the 24-a-day weekend of events (April 22-24) were broadcast live from Severance Center and Parma Town. Conrad and Tony Bianchi interviewed a host of regional celebrities, including orchestra Director Lorin Maazel, Great Lakes Shakespeare Festival Artistic Director Vincent Dowling, Fred Griffith and Joel Rose from Channel 5's Morning Exchange, among many others, including the legendary Mitch Miller.

Ours was a WCLV household, though I have never been a fan of classical music. However, at the age of eight I was definitely a huge fan of WCLV Saturday Night, which had been a fixture on the program schedule since it went on the air in 1962. Three-hours of high-brow comedy from 10 PM to the 1 AM sign-off. (Cue: Today Is The First Day of The Rest of Your Life.) It was due to this program, perhaps, more than any other influence that I became an anglophile. They played Flanders & Swann, bits of The Goon Show, Monty Python and Beyond the Fringe, as well as Nichols and May, Bob Newhart, National Lampoon (the clean stuff) and countless other comedians, comedy troupes, parody commercials and novelty songs.

The annual orchestra marathon included premiums for those who contributed, including CLE Orchestra swag, and tickets to Severance or Blossom, as well as contributed offers from area merchants and artists. However, if enough people kicked in a total of $20 per hour, every hour, my brothers and their friends would keep playing Monopoly in a tree. 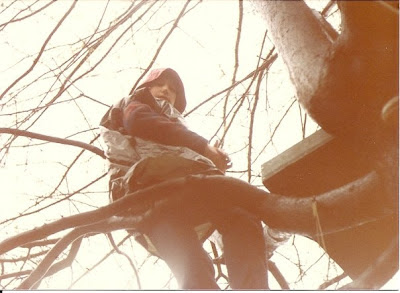 No kidding. I wish I could claim to have been a part of it, but at the age of eight my limbs were still to short (and my nerves too weak) to climb the tree in our backyard. But I did try to contribute, fetching things like food and drinks to haul up in a bucket while they tree sat, huddled around a wooden frame set in the tree to hold the board, using cards and money which had been laminated for the occasion.

Because it was April in Bay Village. It rained. It was cold. As I recall, it sucked, but then I was listening to the radio all night, warm and dry in my bed.

WCLV now broadcasting from ideacenter in downtown Cleveland at 104.9 FM celebrates its fiftieth anniversary on November 4, 2012.