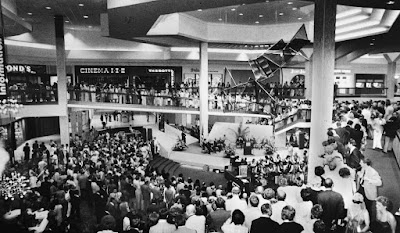 Just about every superlative in the English language has been applied to Randall Park Mall, opening this week in the southeast suburban area of the city.

Indeed, the mall IS the world’s largest shopping center.

Yes, it is a place of exceptional convenience and beauty, with an unusual number of outstanding department stores and many, many fine shops presented in a most expansive, luxurious arrangement.

And it represents an enormous investment of energy, time and money by its developer, Edward J. DeBartolo of Youngstown.

But there is more meaning than this to Randall Park Mall -- considerably more.

The mall constitutes a community improvement in which all of Greater Cleveland can share pride. Its construction is an expression of solid confidence in the region’s economic present and future. Unquestionably, this will be a catalyst for future growth.

It is significant that Randall Park Mall brought a new addition to merchandising in Cleveland. Joseph Horne Co., the prestigious Pittsburgh-based retail firm, placed its department store in the distinguished company of four similar businesses that have been long established and successful here. Horne’s, it should be noted, has a 127-year history of success and growth.

It was 12 years ago that DeBartolo first announced his plans for the future use of the Randall Park race track site which he acquired in 1961. The plans at that time proposed an $85 million development including a single-level shopping mall and three department stores.

Unlike some developers who let their dream projects shrink or fade away, DeBartolo made his come alive and grow. The remarkable accomplishment that now is the two-level, $300 million Randall Park Mall, therefore is a testimonial also to the business courage, confidence, discernment and foresight of DeBartolo himself.

It is good for DeBartolo that he has attracted nationwide notice as the country’s leading builder of shopping centers and malls. It is good for Cleveland, too.

For today and the tomorrows to come, Randall Park Mall is a highly visible mark on this area as a quality place to live, work and do business. 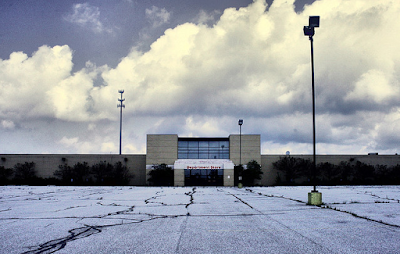 Source:
The Cleveland Plain Dealer
Posted by pengo at 6:35 PM